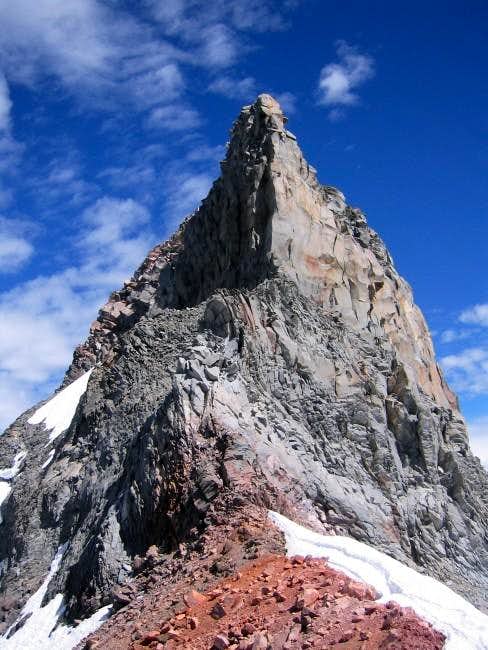 The South Ridge is accessible from the Pamelia Lake Trailhead; however, it is not visible from this trailhead due to being blocked by the Southwest Ridge.  Follow the Pamelia Lake Trail (3439) to Pamelia Lake (~2.5 miles), turn left (north) onto Trail 3440 and follow this trail briefly until it intersects the Pacific Crest Trail.  Turn right (south) on the Pacific Crest Trail through several switchbacks until you reach Shale Lake (~4.5 miles). 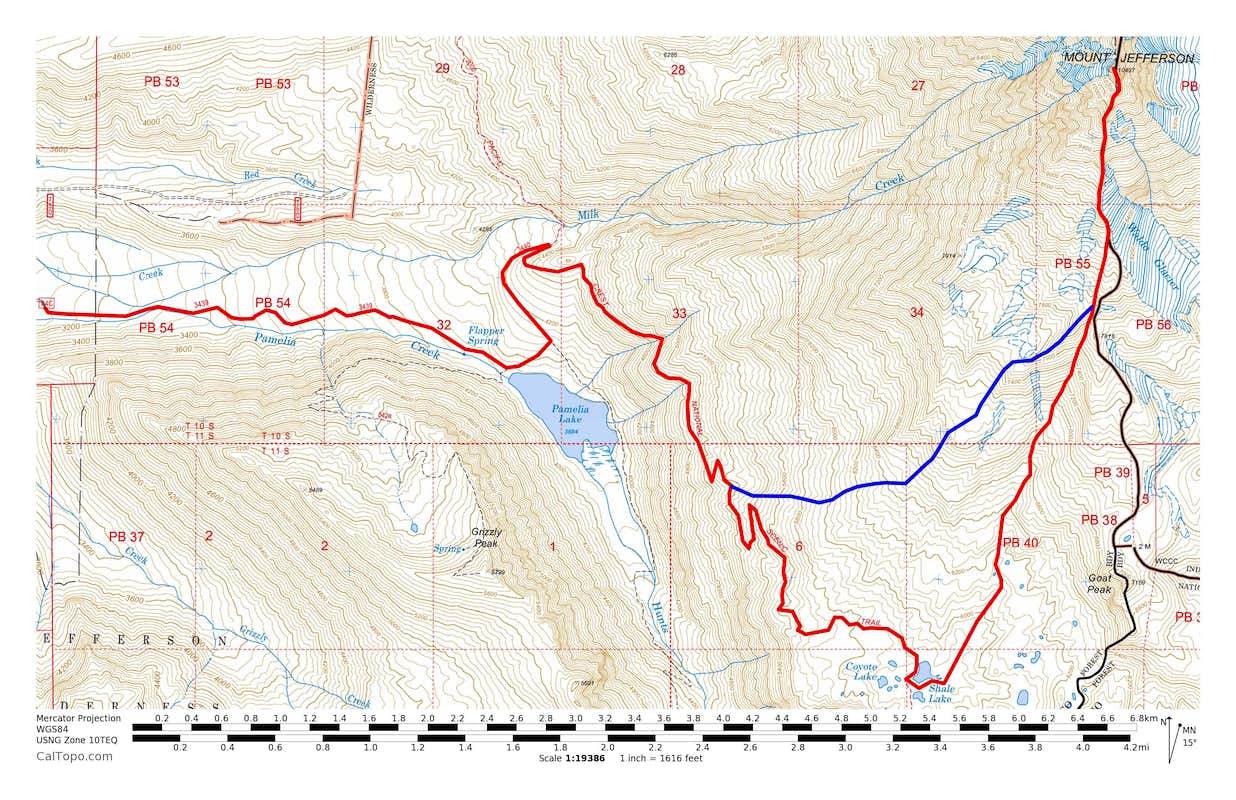 From Shale Lake, locate a faint, climber's trail that heads northeast to gain the south ridge at about 7,900'.  This route is well-cairned in areas and is more direct than gaining the south ridge just north of Goat Peak.  Once the ridge is obtained follow the ridge until about 9,800'. Above, move around and up the right side of a rock ridge and scramble up easy rocky ground to the Red Saddle.  You can now see the summit pinnacle which has two summits, the North and South Horns. The North is slightly higher.  From the Red Saddle move down slightly and traverse 250' across steep snow/ice until you reach a small shoulder of rock. Continue north around the pinnacle and climb the west slope which is easy fourth class. If you do not move around far enough the face from the shoulder is rated at 5.1.  Depending on snow conditions, the snow traverse can be free-soloed, but most parties rope up for this section. 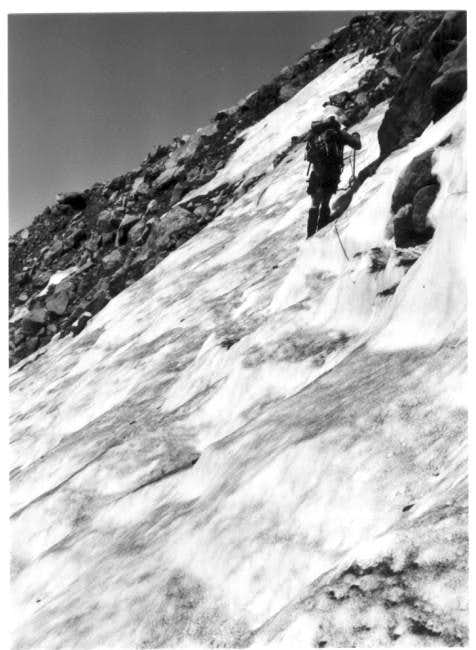 Depending on party size you will need 3-4 pickets, ice screws and rope to protect across the traverse. Crampons are necessary as well as an ice axe throughout the year due mainly to the traverse.