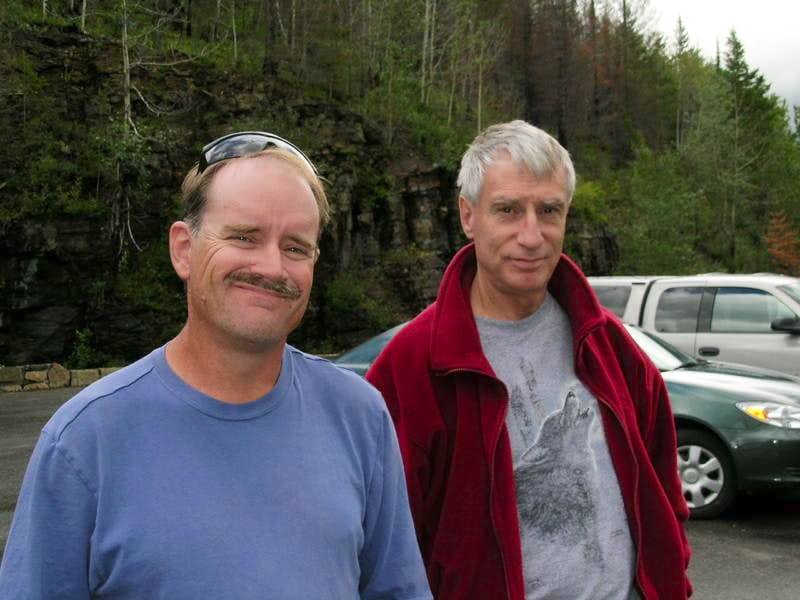 AN EXTRAORDINARY LIFE Two life long friends and dedicated climbing partners, prominent SP members Aaron Johnson and Vernon Garner (saintgrizzly here at SP) would reunite for two extensive outings to Glacier National Park. They began climbing together in Colorado in 1978. This photo was from the first trip in 2004. Vernon climbed with Aaron for a total nearing 30 years. They did over 200 climbing outings together in Colorado. In the late '90s, Vernon relocated to the land of his childhood near Whitefish Montana, settling in Missoula for the final 12 years of his extraordinary life. Aaron was a prominent member of SummitPost, and served the online community for 9 years on the SP staff. Vernon was introduced to SP by Aaron and soon became one of SP's best and most prolific contributors. His work is widely regarded the best in quality on SummitPost, and his Glacier National Park page is one of the site's most visited locations. His passing is a tremendous loss to the SP community. Aaron resigned from his staff position at SP in 2010. Vernon was diagnosed with pancreatic cancer that same year. Vernon passed away on March 1, 2011, bringing appropriate closure to Aaron's role at SP, and a sorrowful end to a wonderful friendship. Vernon's presence and influence was felt by so many through SP, many of whom we'll never know about, but that's how it was with Vernon. Thankfully, SP will outlive both of these "pioneers." SP now serves as a fantastic testment to the legacy of Saintgrizzly, the GNP ambassador to Glacier National Park. To have him in your life was truly a blessing. He will be sorely missed. Text by Aaron Johnson Going to the Sun Road, Glacier National Park, 2004 Photo by Ellen Ritt
« PREV NEXT »

for your loss, Aaron. I also lost a great climbing partner of twenty five years who was also my best friend to cancer. It's never easy.
My condolences to all his friends and family,

A huge loss. I never met Vernon in person but I had the privilege to correspond via emails. His love and passion for the mountains and great contributions here at SP will live on.
I'm sorry for your loss and extend my condolences to friends and family.

Aaron I am very sorry for your loss.

Oh wow, Vernon was such a great fellow doing a lot of work for SP in the background. You and his family are in my prayers. --mark d.

My most sincere condolences...

...to you and to Vernon's family. May his soul rest in peace.
Sending you my very best wishes,
Eric

Very best wishes from me too.

The Lord is calling so many great spirits back these days. Be thankful for the many fond memories of your friendship and experiences with Vernon. And, share them with others in celebration of his life.