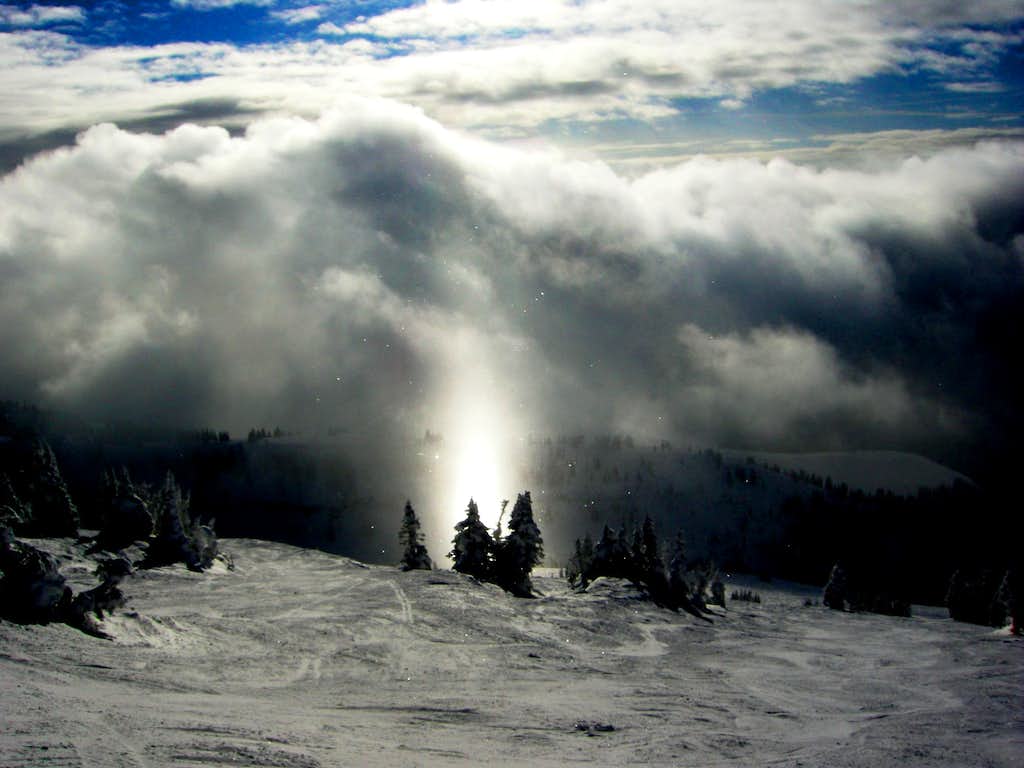 While skiing in the Grand Tetons at Grand Targhee this pillar of light appeared on the slope. I was able to imagine how the native americans could see spirits associated with the mountains as I watched this almost spectral appearance move through the air. At one point I skied to within 50 yards of the light as it remained bright, then as fast as it appeared it was gone. Native American Spirit? Mountain Poltergeist? You decide, but it was a phenomona that almost defied explination.
« PREV NEXT »