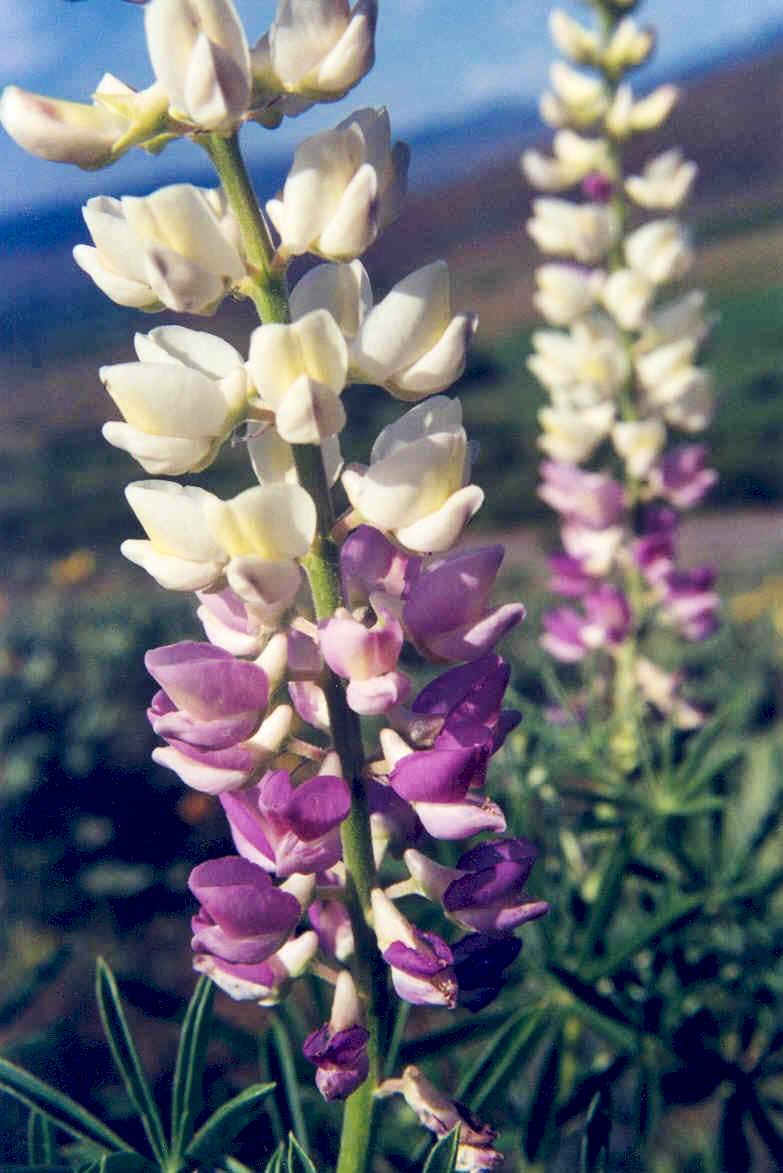 Spurred lupine is common in sagebrush and ponderosa pine in foothills and lower elevations of mountains in much of the inland western North America. All parts of lupines are toxic, especially spring foliage, flowers, and fruits. Lupine consumption by pregnant females can cause birth defects. Cows and goats that eat lupines can pass toxins through their milk and cause deformities. Death from lupine poisoning is rare among humans but livestock that eat lupine in great quantities may die. Photo from Richland Hill, Oregon. May 1999
« PREV NEXT »