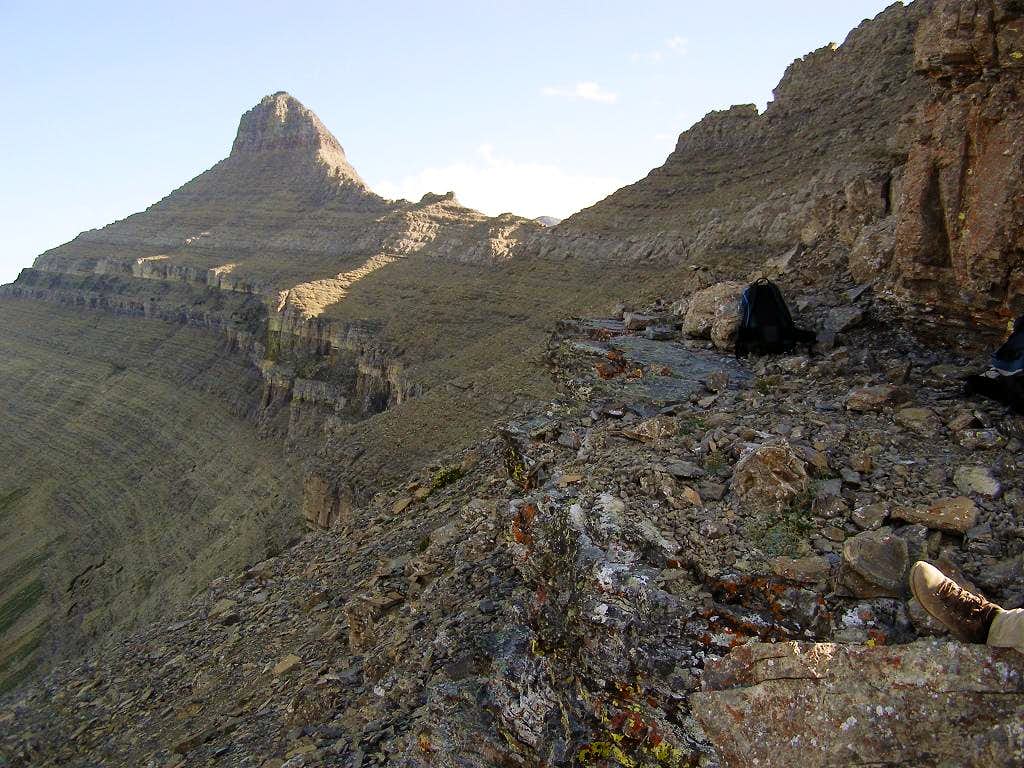 This is what you see when looking along the Stoney Indian Peaks traverse from the south end, looking north. Note the prominent gray band just above the route. Follow this ledge system until you are quite near the unmistakeable couloir leading to the notch at the top of the ridge, which from this angle is mostly out of view. Just before that notch is a section of narrow ledge on a sheer cliff face which many if not most will want to avoid. You can scramble down the slope and traverse to the couloir below the cliff, then ascend the couloir to the notch. The couloir is quite steep with loose junk in it, so we had only one climber in the couloir at a time. Use your helmets here! August 17, 2008
« PREV NEXT »

This looks like an amazing peak. I've never been to Glacier National Park but pictures like this make me want to get up there asap! Thanks for posting.

Glacier is beautiful. I have several more targets in the park, most importantly Kintla Peak. Thanks for your comment and vote! -Bob