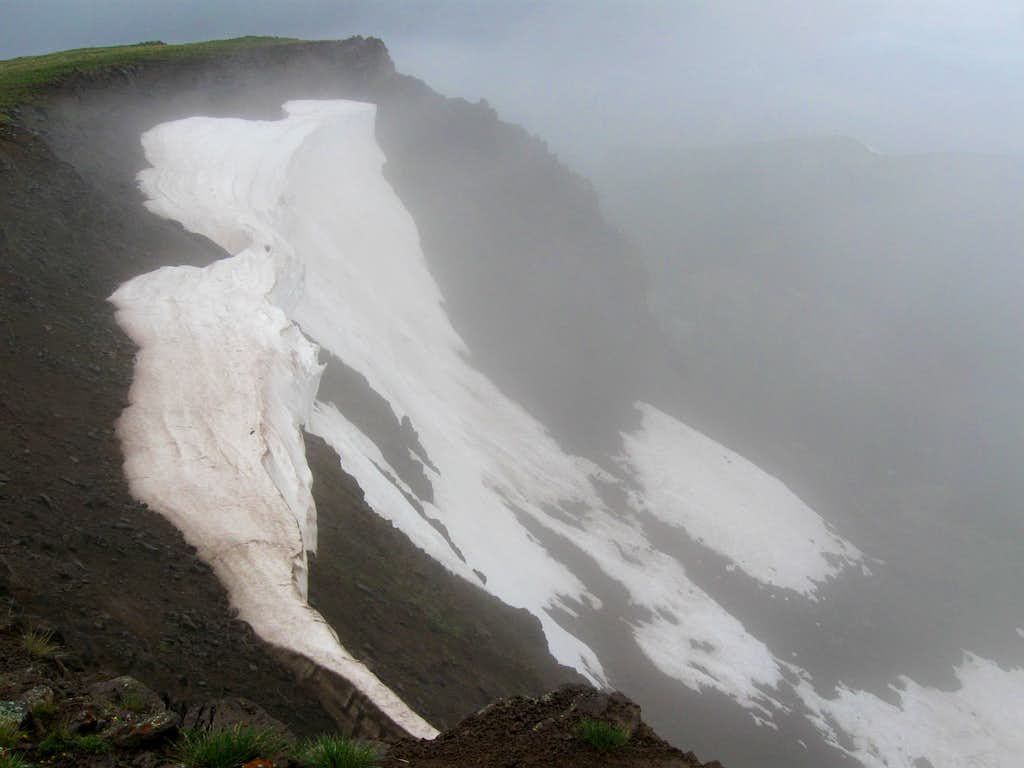 This is the summit ridge of Elk Mountain after we got slammed by a storm on June 26 2009. The weather was good and we started up the mountain. The mosquitoes were bad in places and once the trail ended the route became quite swampy. Unfortunately, once we were near the top, the weather deteriorated extremely quickly and a sudden storm blew in. The wind and rain were very fierce and we donned on all our raingear. Even so we did get wet and we headed quickly over the summit and down the south ridge of the mountain. Visibility was very poor so I had a difficult time navigating once we dropped below timberline, but we just headed down the mountain directly until we intersected the main route. Even though we brought plenty of coats and raingear, the kids did get a bit cold so it was a relief when we reached the vehicle. The climb had taken us three hours for six miles (10 kms) round trip, which was tough for five year old Shaylee considering the elevation gain, but we really couldn’t stop in the storm and were in a big hurry to get back. We treated the kids to hot chocolate at the first gas station we reached on the return trip. See the 2009 Trip Log for details.
« PREV NEXT »