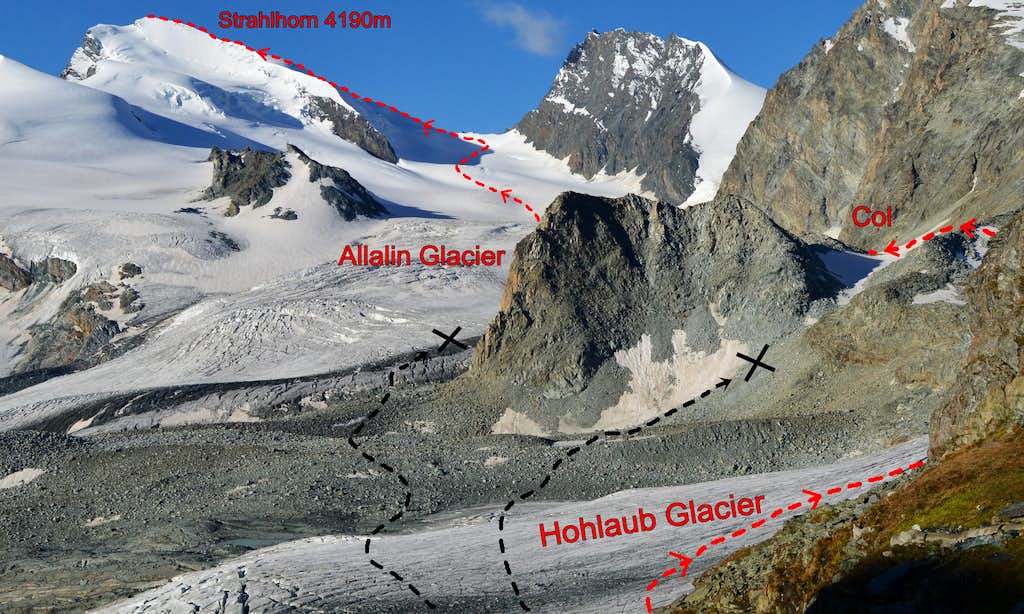 Strahlhorn normal route as seen from Britannia Hut. The correct route for summer is marked in red and involves an excursion part way up the Hohlaub Glacier before curving round to ascend and cross spur at end of Hohlaubgrat. A descent is then made from a little col down a boulder slope to the Allalin Glacier. Of the two 'wrong' routes marked in black: the direct route across the boulder field is a winter route when the is adequate snow to cover the boulders. It is passable in summer but much slower than the correct and less direct route; the other route looked tempting - to cut corner - but could not be recommended involving a crossing of the boulder field followed by ascent of a very loose steep gulley. It is worth bearing in mind that the early part of the Strahlhorn normal route is generally done in darkness pre-dawn.
« PREV NEXT »