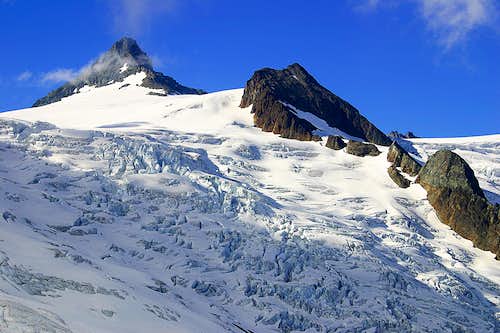 The normal route up the Summit Pyramid is the gully that leads upward on the south face of the Summit Pyramid. While likely a challenging, steep snow climb in the early season, later in the season it becomes a steep, rubble, strewn gully that can and does become clogged with climbing parties.

The Southeast Rib is an airy alternative on somewhat exposed, high quality rock on a buttress running just to the right of the gully. Views along the buttress are commanding. While slightly more technically difficult, it is worth it. Most parties rope up on the glacier anyway, so one's only extra weight is a few slings and some rock shoes. The rewards are worth it. 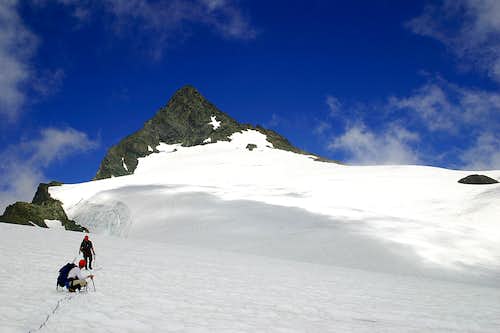 Follow any of the normal routes to the base of the Summit Pyramid. For average peakbaggers, this will be reached via the standard Sulphide Glacier route. 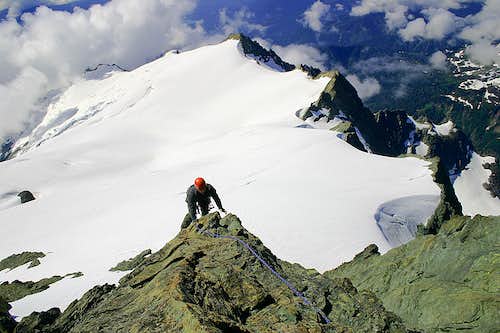 At the base of the southern face of the Summit Pyramid scramble up a short ways then trend to the right in a short series of gullies, aiming towards the rib. Climb over an easy chockstone, which once surmounted will leave the climber on the rib.

Climb upward on the crest of the rib, encountering a few Class 5.4ish moves along the way on very solid, greenish tinted rock. There are ample opportunities to place slings for protection. The number of pitches will vary based on the preference of the party, but the climb is not too long.

The rib meets the gully at a prominent rappel/belay station. The route winds around a rock tower to the right, leading to a short section easy but loose rock above - the summit is shortly encountered.

Rappel/downclimb the gully to descend. A number of rappel stations are available along the way. 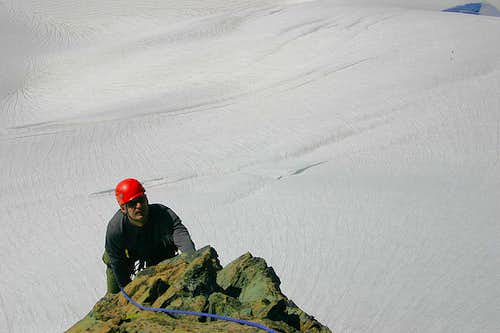 Rope. Rock shoes recommended. Bring a bunch of slings and carabiners to attach them to. Leave the chocks and cams at home.