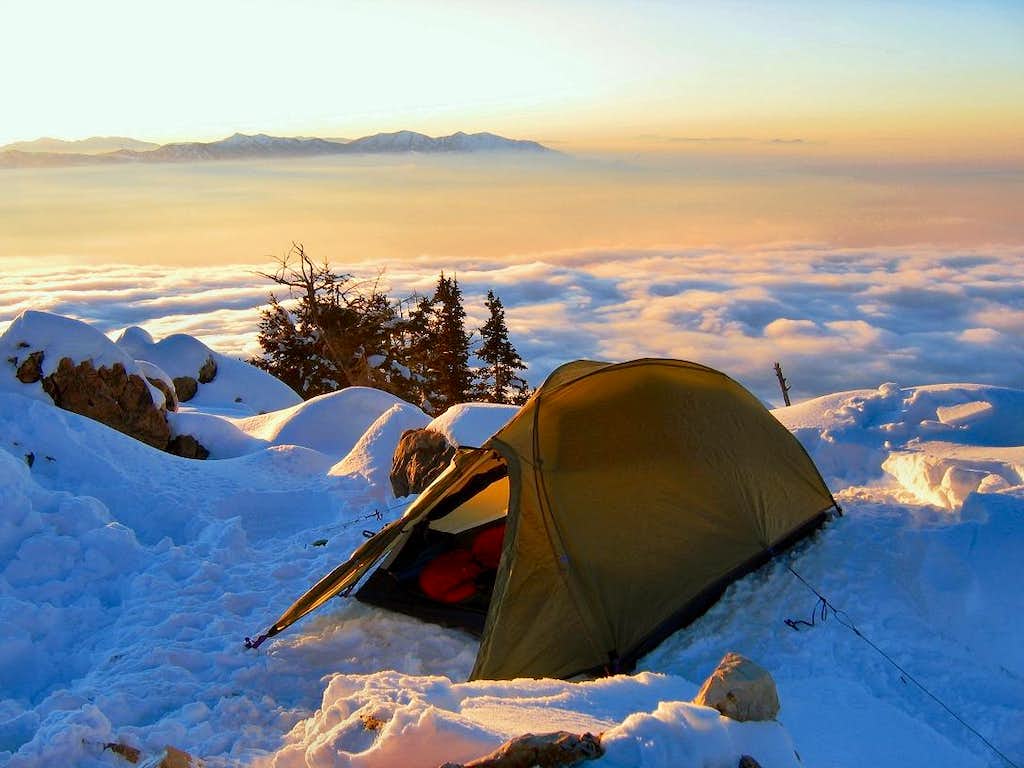 I've wanted to sleep on the top of Mount Olympus for a long time, so I finally summoned up the initiative to haul a heavy pack to the top. A little more snow on the summit would have been nice, but after a bit of grading I made it work out. After the sun went down the lights of the city made the fog layer glow bright orange, making for a very surreal effect. Photo date: December 20, 2006
« PREV NEXT »

Great Series. I've never thought of staying on the summit before. I'll have to give it a shot sometime.

Thanks Travis.
It was fun; definitely worth doing. More snow would be better though. The summit is so rocky I had to do quite a bit of shoveling to get a level platform large enough. No crowds though;)

Must of be and great trip and adventure.

The light is excellent.