"If we do not find anything very pleasant, at least we shall find something new. " -Voltaire

Before this year I have never climbed the Tiger. I've heard and known about it for many years, I finally got my first Chance to go up it January 2010. We summited in a afternoons work, and then went back down. When Priscilla and I were on the ride home it was the first time I had heard of the Amazing Fred Becky Story. Legend has it that it went like this.

Fred Becky was kicked out of the car and some how he had managed to figure another way home. 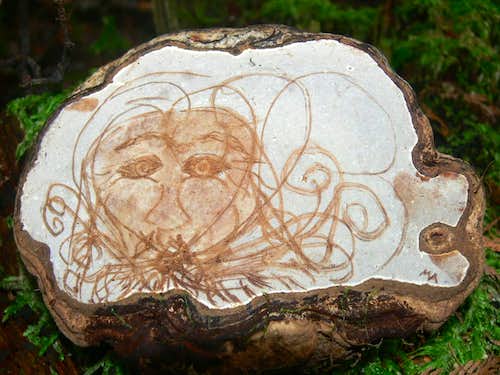 Carvings on the Tree
To this day when I go to a McDonalds and want my Sundae I think of Fred Becky. And I thought I was passionate about my cookies?

Anyways then later that year came my second go at West Tiger. This time it actually had a legitiment challenge for me. It started when Type E invited me on a trip which I of course said yes. My brother thought of a neat idea, what if I could get my dad to drive. I almost never see him, which it would be neat to get a favor from my dad, he agreed. In the morning he had forgotten to set his alarm, so I called to wake him up. He hurried over, as we drove to Issaqua it was late, I wondered if I would get to Type E in time. Dad left the scene, and I searched around the bus station and could not find him. "Well I don't blame him, I mean why would he still be waiting here after 52 minutes of being late" which I knew I had a choice, "I could go home and have a relaxing day or..." looking over my shoulder "I could make the best of adventure today". 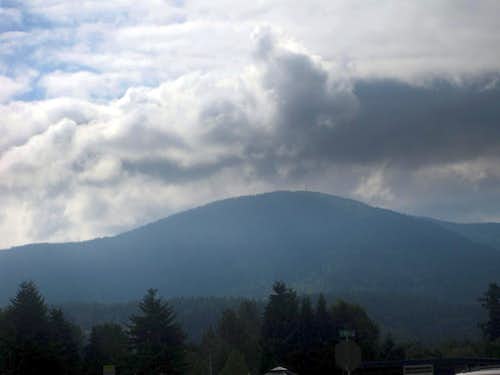 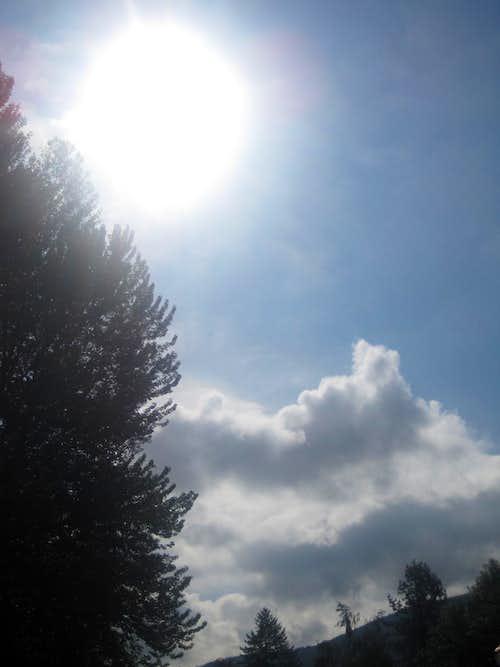 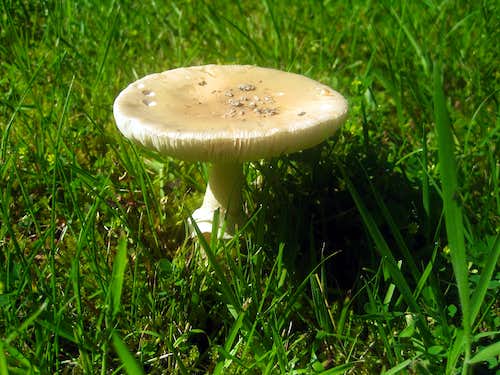 Flat Headed Mushroom
I decided I would hike on over to Tiger Mountain or Squak depending on what was accessible for me (I did not know the area too well at the time). After walking down the road a ways I got to the trail that said poo poo point which I decided it would be a fun detour. When half way up it I was a bit tired already, "Man am I really out of shape? Or is my tireness getting to me?" I wondered. I had not gotten much sleep that night. I know I was not out of shape because I climbed Mount Hood and Saint Helens shortly after this trip. After Poo Poo Point things got a little more interesting, the trail was much thinner with bushes and spider webs. I did not see another person on the trail either, but it felt nice dashing along in the woods. The down side was I was solo, but it was still fun. 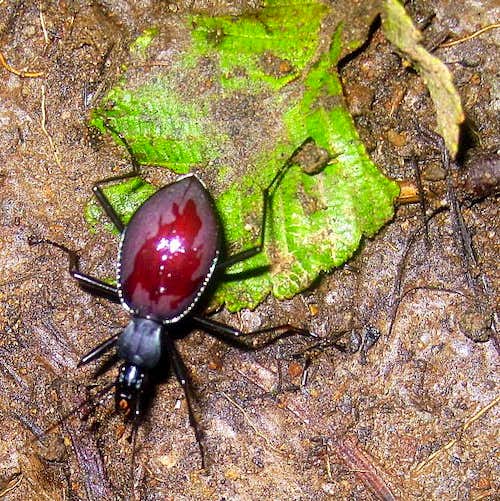 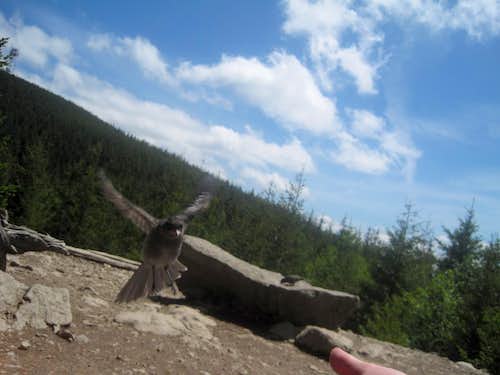 Bird Coming in for a Landing 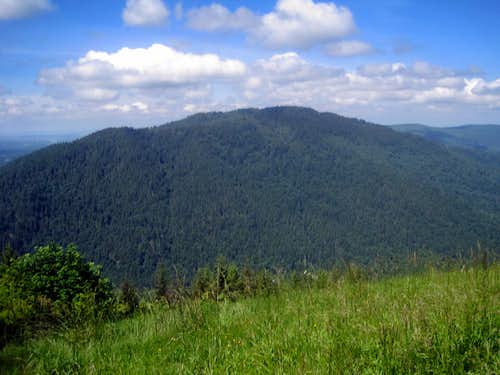 Squak Mountain
Eventually I reached the top of Tiger 3 and 2 which there were quite a few birds out and about, aggressive to steal your food too. Now I'm sorta confused whether I traversed over to East Tiger because I dropped a bit and it felt like a while heading East until I got to the next summit which also had towers. I took a back road going East and then branched out North. I noticed it was starting to get late in the day so I dashed down the rest of the way. When I got to the bottom I had a hard time figuring out how to find a way to get onto the road because there were properties in the way. I ran a little bit up a fork which was wrong, so I then decided to run through some bushes until I found a random road. Then I still had trouble figuring out the way, I walked past a house with a dog barking at me, I sure hoped he would not go after me, thankful I was safe (yes I'm still a bit paranoid of Dogs ever since the Prairie Mountain Adventure). I then found the road that went to Preston, from there I had to take 4 bus rides to get home. All in a days work, but it was certainly not easy, I must have went at least 15 miles, this was like a large traverse. 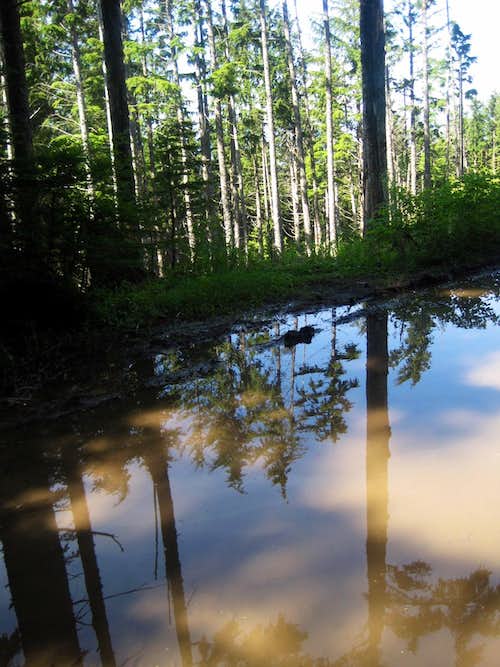 Then in Late November Eastking and Chance wanted to go for a trip Saturday which we decided on East Tiger which would be a nice little outing. On the drive there we drove over some black ice which we slid, which we thought of the wrecked car we saw on the way. Fortunately we did not run into much of that later on. The snow was not bad at all near the top, a few inches of snow. This time on Tiger was amazingly easy in comparison with the last time I went up Tiger. 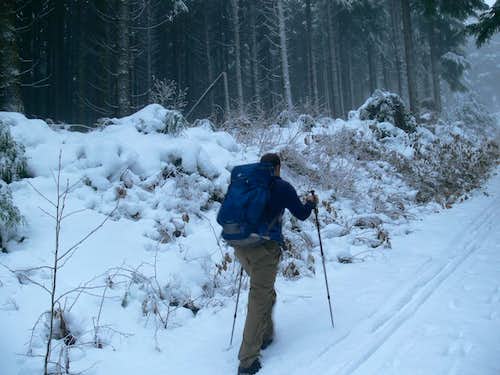 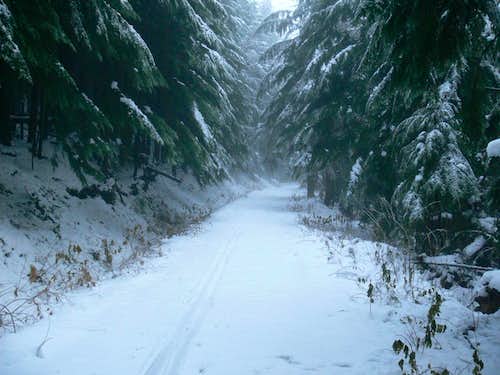 Now for the Eye Candy

The next day Chance had Michael and I come along for a Mount Si trip which we went up via the old trail. It was a nice little work out and a good little get out trip. When we got near the top there was some interesting little beauty patches and slight clearings. 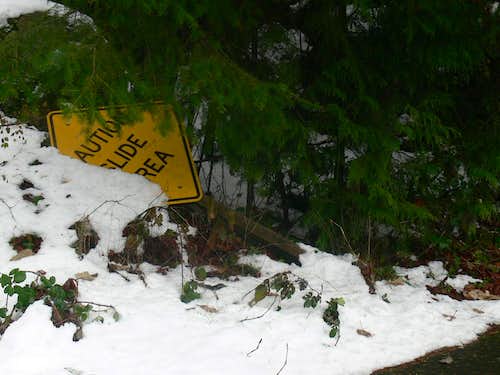 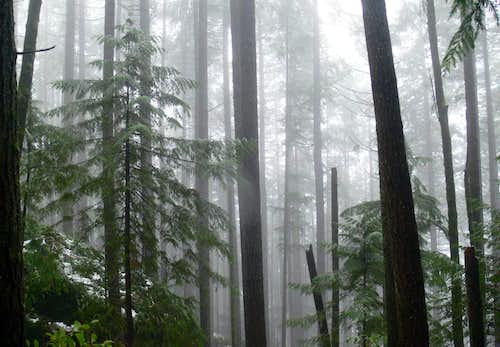 Fog in the Woods 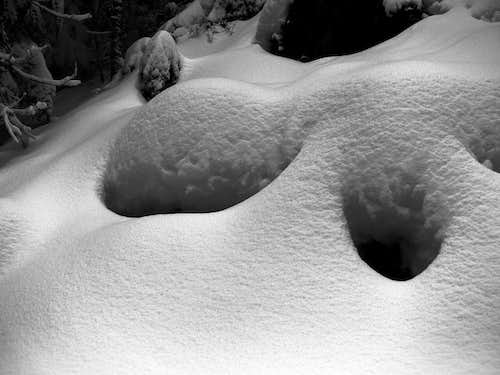 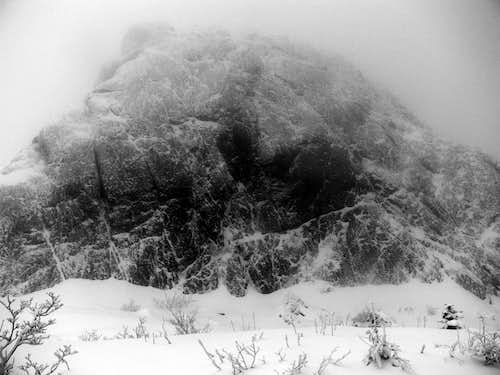 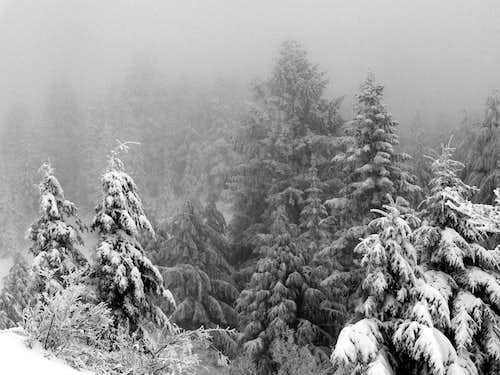 Snow Covered Trees
When we got to the table (near the Haystack) we had snacks, the air was getting cold, my hands were getting chill, this meant it was time to bail. It was so nice to have warm feeling in my hands again (I should really be wearing better gloves this winter season, so next time I'll be prepared). When decending the snow was felting rapidly so it created a mist all around, and sun beams came about making the atmosphere quite interesting. These were some fun adventures... 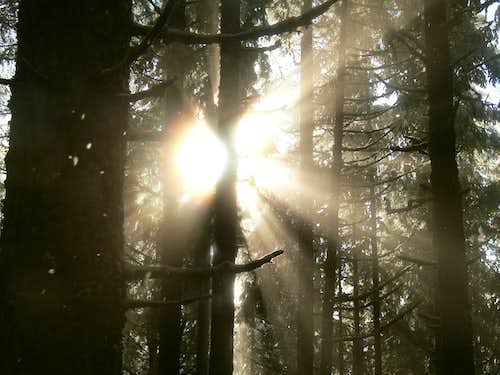 Sun Beams though a Tree 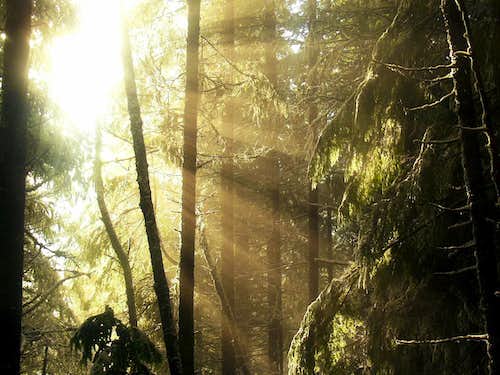 Beautiful Sun Beams in the Woods 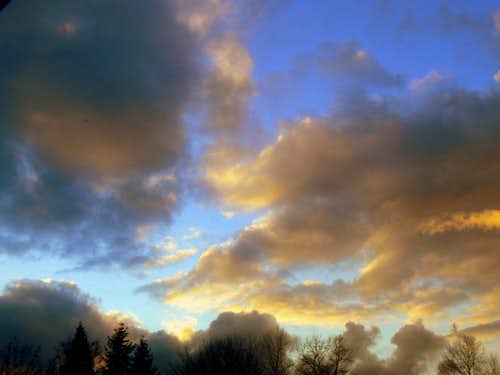