The Bernina Range seen from the Hochwilde, 100 km away 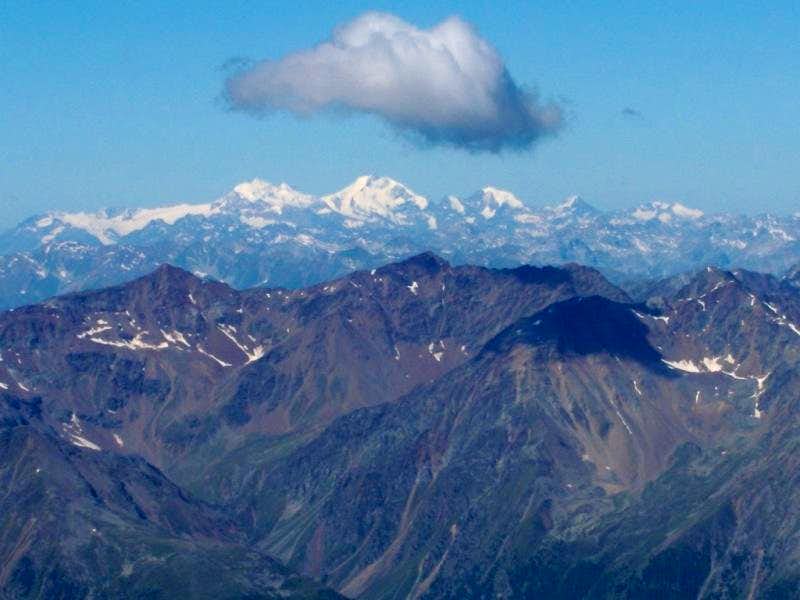 The Hochwilde lies 100 km north east of the Bernina range, but on a good day, you can clearly see the high peaks. Appearing under the cloud, from left to right: Piz Palü, Piz Bernina and Piz Morteratsch. Mind you, judging by the dark shadows on the mountains below it, the cloud is actually much, much closer. 10 July 2008.
« PREV NEXT »

Loading....
Piz Bernina, the easternmost 4000er in the Alps(Trip Report)