The dead Fraser firs, circa... 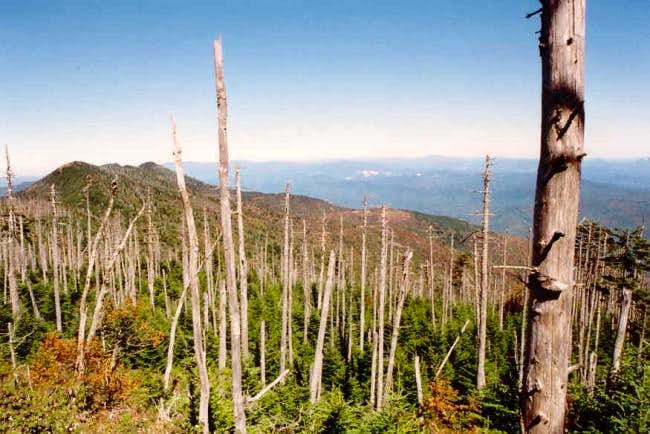 A combination of acid precipitation from the air pollution hitting the high peaks brought in by prevailing winds from the heavily industrialized Ohio Valley, and the presence of a nasty little bug called the Balsam wooly adelgid (similar in nature to the present pest Hemlock wooly adelgid). But it is pretty much common knowledge now that the adelgids would not have been able to wipe out the balsams if they had not first been weakened by the acid rain.

Air pollution rules were tightened and the balsams have recovered to a great degree. However, the current folk in Washington are relaxing the air pollution regulations that enabled the balsam to snap back, so your guess as to the fate of the current groves is as good as mine. My own feeling is that unless the regulations are put back in place, we'll see the balsam forests die off again.