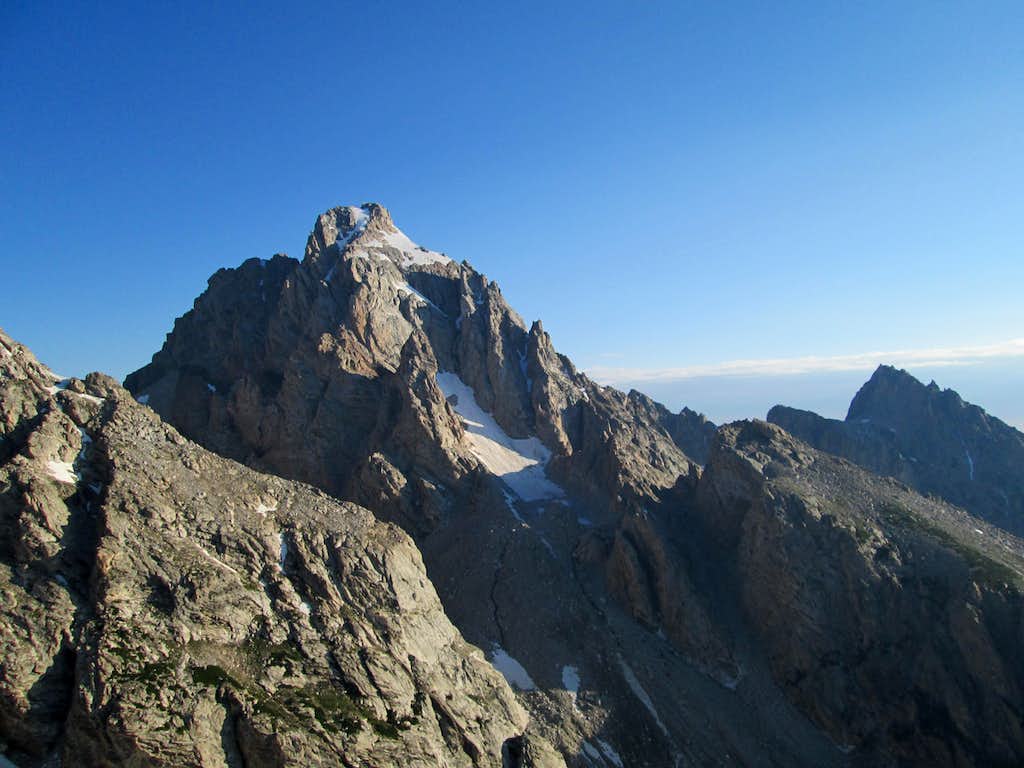 Photo taken on an off route ascent I and a friend did of the Northwest Couloirs/Face of Nez Perce. Nez Perce is located in the Teton Range of Wyoming. We ended up ascending a satellite peak of Nez Perce, and had to make a sketchy traverse in order to make it back on the normal route. My friend did not feel like making the final moves to the top, so i ended up there alone. We got hit by a thunder storm on the descent and had to huddle underneath an overhang until it passed. All in all it was a pretty crazy adventure! Photographer: Jackson Herring July 28, 2013
« PREV NEXT »