The Kirwin Chronicles, Volume 6: Fire in the Sky

Bob Sihler
Add photos See all photos
Many of us have had to change or cancel plans because of a wildfire. Some of us have been inspired by a wildfire. Occasionally, both go together.

For many months prior to August 2011, I had been planning a backpacking trip up Frontier Creek in Wyoming's Southeast Absarokas in order to climb two remote and seldom-climbed peaks, one an unnamed summit along a ridge separating the basins of Green Lake and Emerald Lake and the other the ominous-sounding Devils Graveyard, atop which there is said to be a field of slab-like rocks resembling gravestones set perpendicular to the ground. In fact, I'd been thinking about both summits for more than a year, and the latter for over a decade.

So of course, shortly before leaving for Wyoming, I learned from a friend that there was a large fire burning in my destined area and that there were area closures. Sure enough, those closures included where I was headed even though the fire was not in that drainage at the time (and apparently never was). Accordingly, I altered plans to focus on day hikes and climbs in the Southern Absarokas instead.

But before getting there, I spent an afternoon in the Kirwin area climbing some unnamed peaks I'd spied and caught a bug for the previous year. The peaks and the passes accessing them were on the edge of the closure area, meaning I could legally go to them as long as I was willing to chance inhaling drifting smoke. I was.

Never did I expect the dramatic sights that would unfold near the end of that day. The climbs to the summits were easier than expected (and hoped), and the weather was fine-- sunny and warm with little breeze, and what breeze there was tended not to blow from the direction of the fire, which was actually not too many miles away. When I reached the summit of the second peak, I marveled at the tornado-like plume of smoke, splashed red in places, over the cone of Wiggins Peak.

And from there, things got better (visually) as the winds shifted and the smoke began blowing my way. The sun played with the smoke, creating an astonishing display that had to be seen to be believed. The pictures here do a decent job capturing the scenes, but they are merely a shadow of what it was really like to be there.

Smoked settled into the valley where I was sleeping that night, making everything smell like a campfire and me glad I was staying in the car with the windows up, anyway, but dawn brought clear skies again, allowing a morning climb before the smoke returned to fill the valley with an eye-watering haze.

This photo trip report features what I think are the best of my "fire shots" from that afternoon. Morning featured some interesting scenes, too, but nothing close to as dramatic as what there had been the day before. 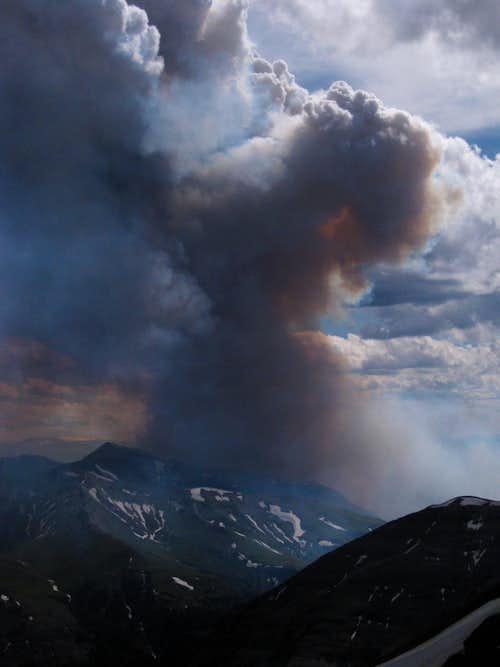 Wiggins Peak and the plume 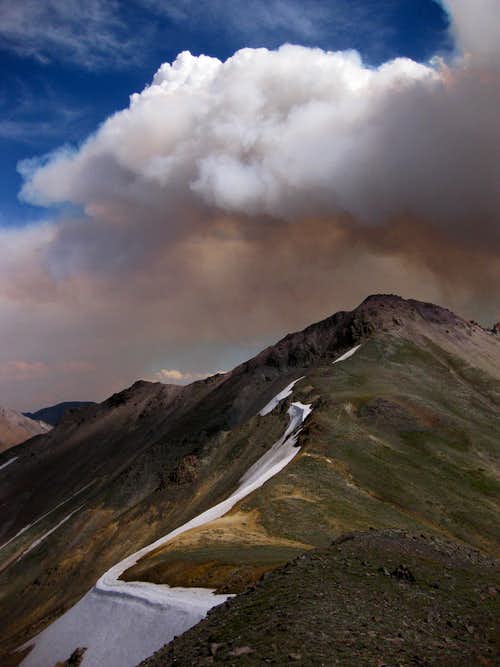 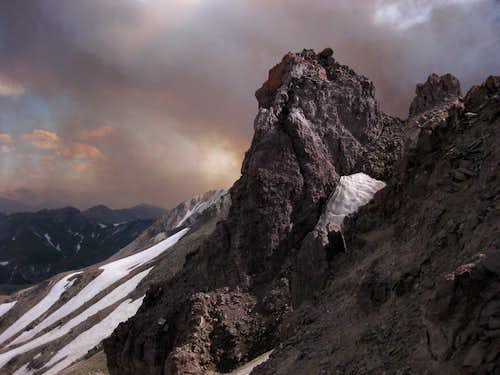 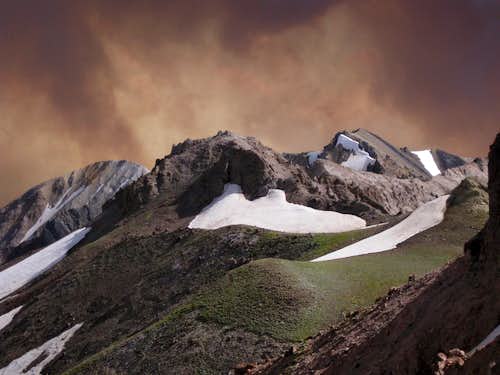 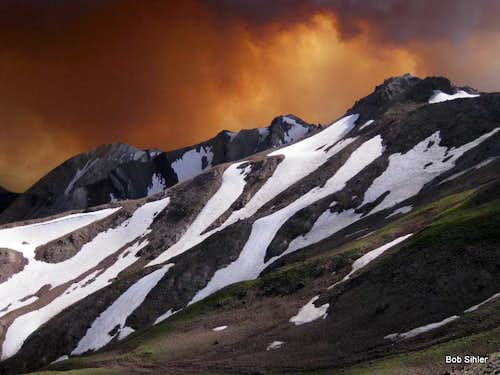 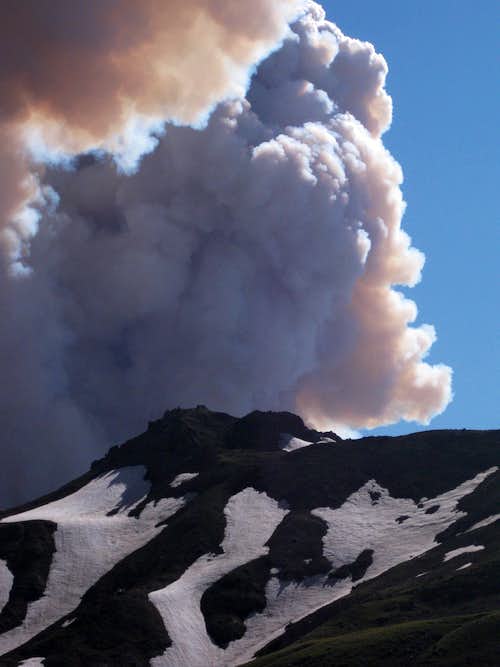 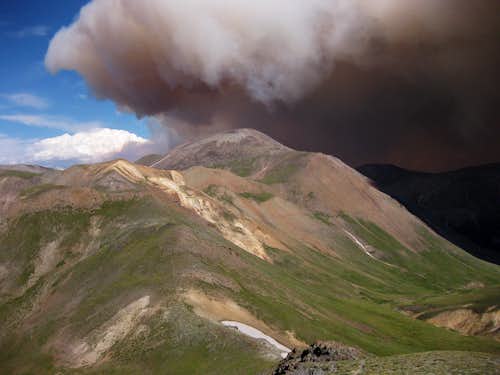 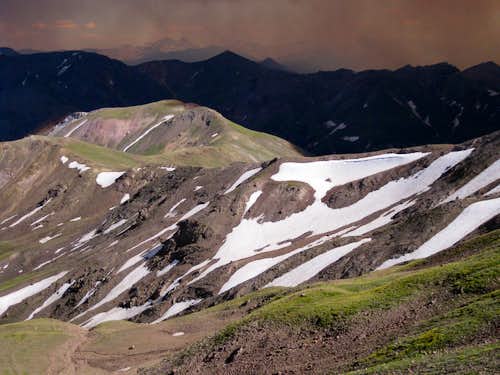 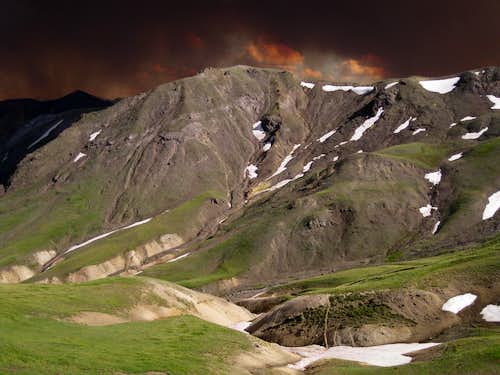 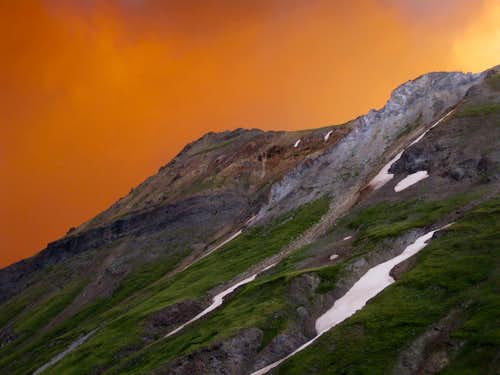 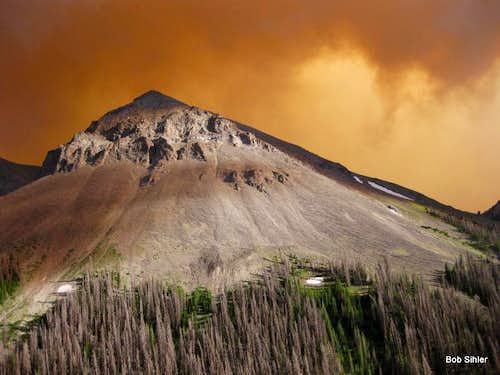 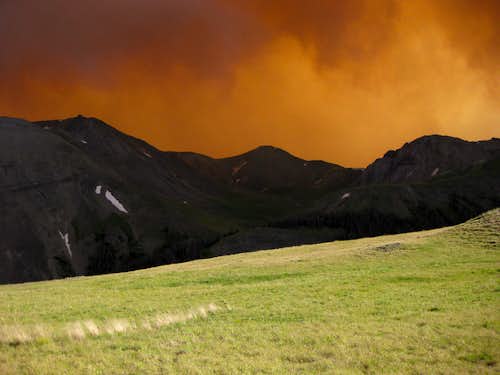 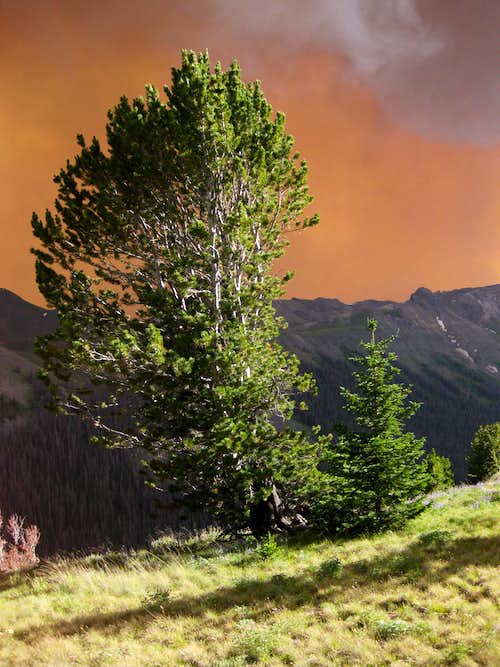