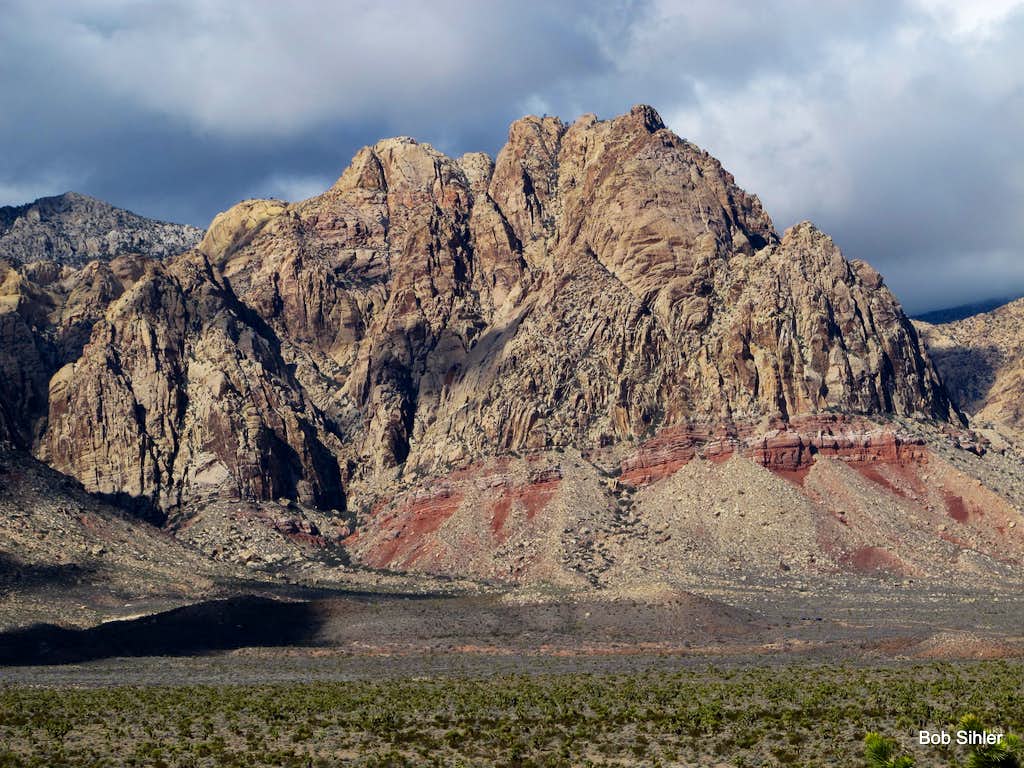 Seen from the road approach to Black Velvet Canyon. The small peak on the right is called East Peak and even has its own register. The dome-like peak left of center is known as Hidden Peak and is actually slightly higher than the highpoint of the Monument. The Monument's highpoint is, I think, the partially obscured peak just to the right of Hidden Peak. Although I have been atop all three summits mentioned in this caption, I am not positive from this angle that the point I think is the summit of the Monument actually is that. Red Rock Canyon National Conservation Area, NV-- January 2013
« PREV NEXT »