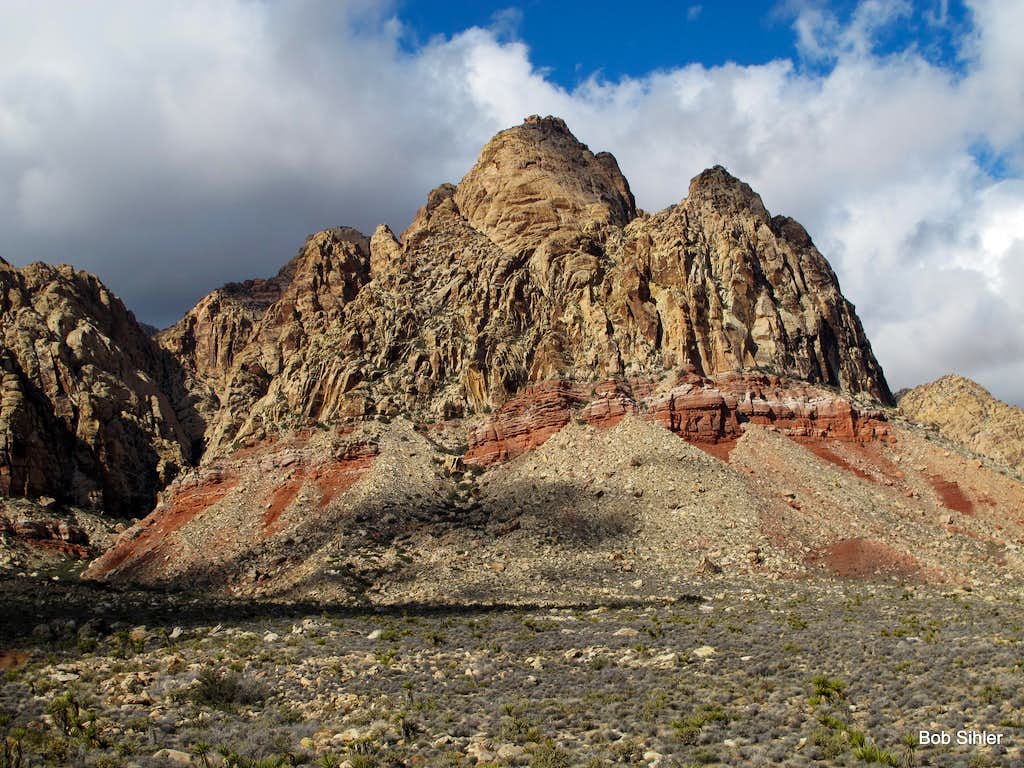 Seen from the start of the hike into Black Velvet Canyon. The small peak on the right is called East Peak and even has its own register. The dome-like peak left of center and partially obscured is known as Hidden Peak and is actually slightly higher than the highpoint of the Monument, which is not visible here (the peak in the center is not the highpoint but definitely looks like it from this angle). Red Rock Canyon National Conservation Area, NV-- January 2013
« PREV NEXT »

Got your PM earlier. I have a please-everyone or anger-everyone solution that I'll share with you when I have a chance.