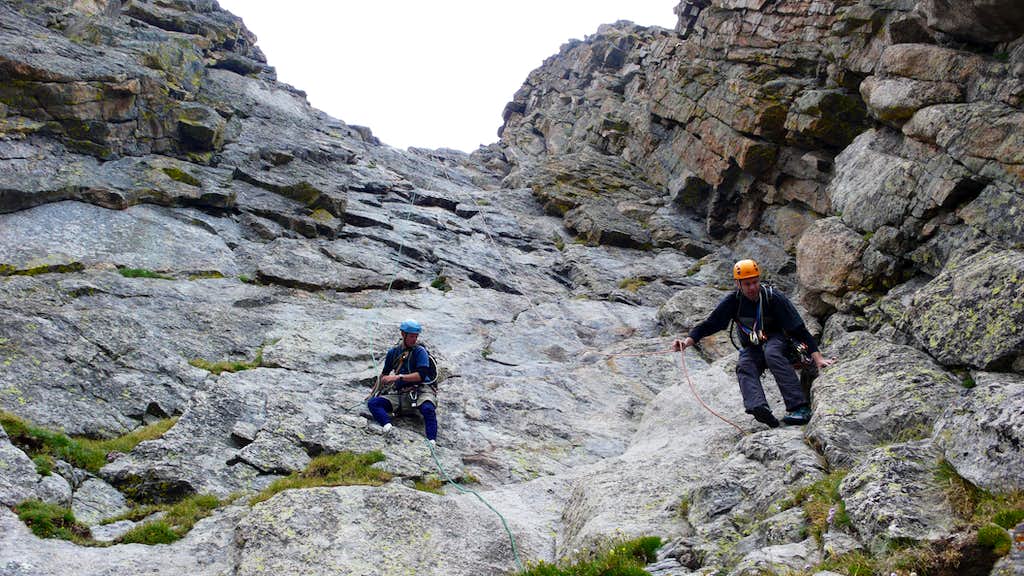 The Sharkstooth's East Gully is the standard descent route from this techncial summit. We did two rappels on two 60m ropes, the second one reaching a huge ledge with only a few feet to spare. In this shot two of my climbing partners are hastily pulling the ropes after the second rappel as the rain begins in earnest. From here it is a short 4th class scramble to easy terrain, but an obviously heavily used third anchor indicates that many people choose to rappel this section too. Rocky Mountain National Park, Colorado. July 2008.
« PREV NEXT »