The source of the Khumbu... 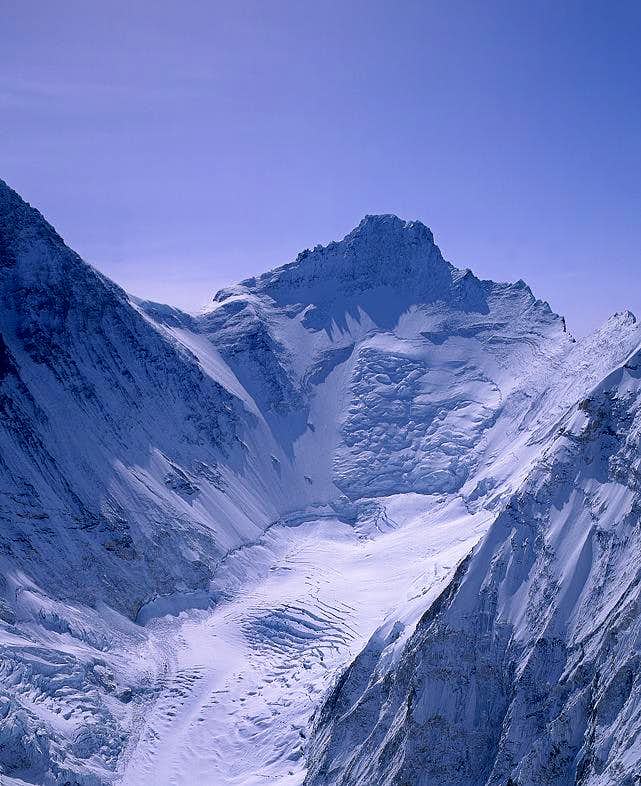 The source of the Khumbu Glacier
A saddle of left hand side is Everest normal South Col. A small peak of center is Lhotse (8501m).
« PREV NEXT »

That one is Lhotse?

If so, why didn't you post this photo in the Lhotse page?

I think the picture is well placed here because you can see important parts on Everest normal South Col route.

Sure Mathias, but the mountain is Lhotse. Isn't it?

A lot of thanks for Diego's asking and for Mathias's comment.

I am so sorry for that the reply was delayed, because I was taking a photograph in mountains.

At this photo, I aimed at the glacial source which is an Everest bottom.

I didn't aim at Lhotse which can be seen small.

It is because that Lhotse at this photo can be seen like one of the peaks on the ridge of Everest.

This resembles Mathias's point of view.

By Diego's asking, I was worried. As a result, I added the explanation to the caption of Lhotse.

Where did you take it from?

Maybe from the summit of Pumori? Or somewhere near it?

Re: Where did you take it from?

was this a private sightseeing flight r what??

Or was it the bodha air flight? Ive never seen a flight so close to the mountain except a private charter?

Realy thanks for your visit. ( I ams so sorry what the reply was delayed.)

I took the photo on the private charter in 1992.

I respect for your excellent work.

Kenzo, thanks, and respect to you too - you have a fine eye.

I've never seen a photo from this angle. Definitely good on the Everest page since it shows so clearly the normal Nepali route up...

Many thanks for your visit!

I feel that flying...Great view.

Thanks for your visit!

What a flawless, absolutely perfect shot of Khumbu Glacier and Lhotse!

Thanks, Eric!
T have great respect for your deeply touched photos.