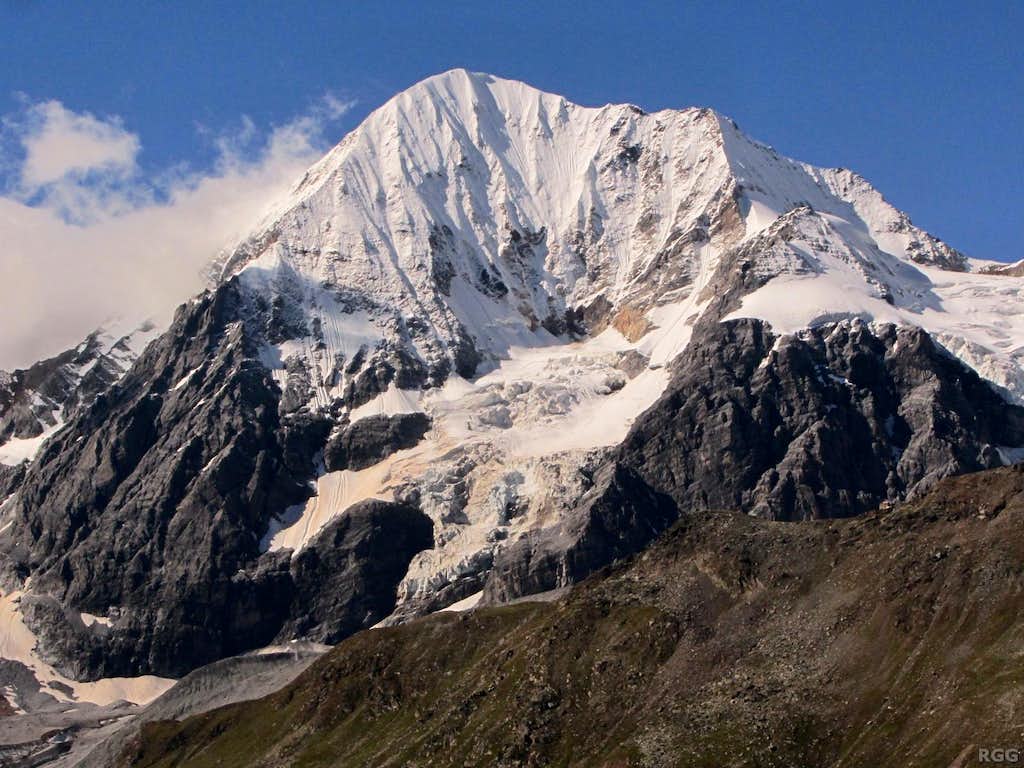 A nice photo of a fine mountain

It's one for early season I think. Maybe 10 years ago I went up to the base - but it was too early and I was wading in deep snow...
And I think you have been in the area at least twice, including this time just before you met me and Keith?
bw Mark

Re: A nice photo of a fine mountain

The Ortler area guidebook that I've got describes many routes up this face. It also states that only one is regularly climbed, a route just right of center. Coincidentally, the route pretty much follows the edge between shade and sun in this picture!

However, my guidebook dates from 2002, so I'm not sure that this route is actually still climbed all that much these days. If so, then early season should indeed be the best time for it. Chances are that it will get icy later on, making it much harder. That said, this is late season, and it doesn't look icy at all. Furthermore, it's got to be cold, which it certainly was not when I took this picture. On a warm, sunny day like this, I really don't want to be on a face like that. I would be worried about the risks of falling rocks and ice. And who knows when that cornice immediately to the right of the summit breaks off!

P.S. I've been in the area three times now, and the last time was indeed right before our 2014 international expedition :-).