The Tom Taylor Cabin is about... 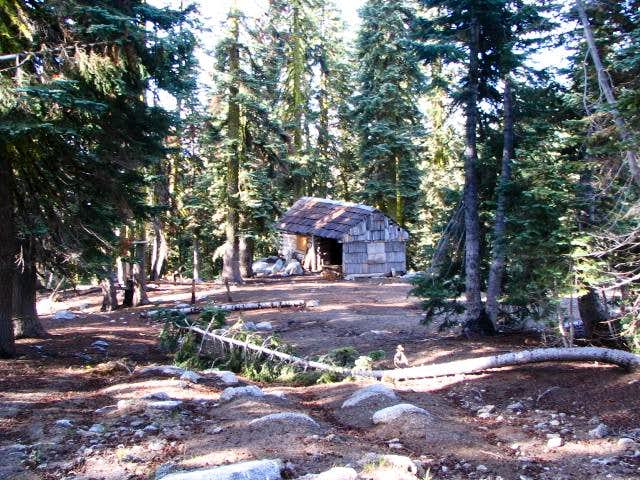 The Tom Taylor Cabin is about 1 mile below English Peak's summit. Staying in the cabin is allowed and there are also a few good campsites and a spring nearby.
« PREV NEXT »

I lived in this cabin the summer of 1971 with my wife and the other wilderness ranger & his wife & child. Doug & I took turns patrolling the trails and manning English Peak Lookout. It was the shortest season in history to that point, as we were delayed by slow-melting winter snows, then were snowed out of the wilderness before the end of September by a 30" snowfall. As I recall, the water temperature of the nearby spring was a constant 38 degrees all summer.