The Upper Range from Pyramid 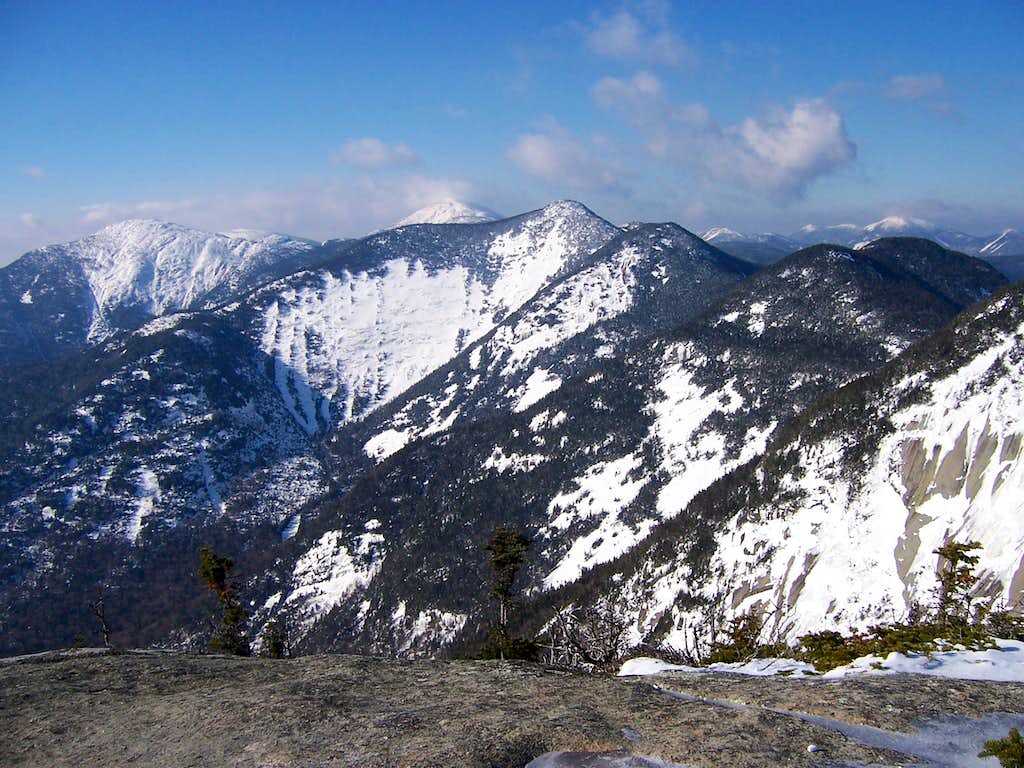 Foreground, L to R: Haystack; the summit of Skylight; the summit of Marcy (behind Basin); Basin and a sub-peak; Saddleback; and part of the South Face of Gothics. In the right side background, L to R is Colden followed by the McIntyre Range (Iroquois, Boundary, Algonquin and Wright). Pyramid Peak, from which this shot is taken, is basically a sub-peak of Gothics, and therefore is not considered an official "High Peak" by the Adirondack 46ers. Ditto for Boundary peak, being considered a sub-peak on the ridge between Algonquin and Iroquois.
« PREV NEXT »