The Vincendon and Henry tragedy on Mont Blanc

Preview: THE VINCENDON AND HENRY TRAGEDY ON MONT BLANC

"Naufrage au Mont Blanc" is not a novel. Sadly…

In response to Eric Vola's article on the Vincendon and Henry’s tragedy «Shipwrecked on Mont-Blanc – The Vincendon and Henry Tragedy » https://www.summitpost.org/shipwrecked-on-mont-blanc-the-vincendon-and-henry-tragedy/1001404 , and particularly in its chapter "The Bonatti controversy", I thought it would be interesting to bring a few clarifications, essentially on 3 points: 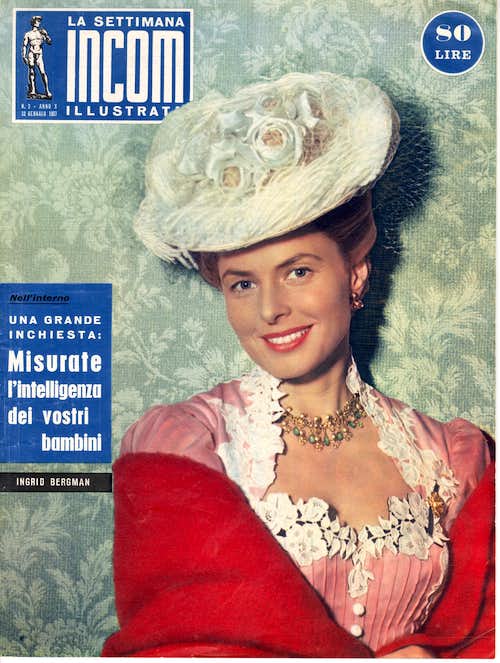 when confirming his words published in « La Settima Incom Illustrata » dated from February 1957, Silvano Gheser recounts “Bonnati, while digging the steps, breaks the handle of his ice axe […] We go back to the Fourche, it’s already dark. Given he’s told Vincendon and Henry that he wants to go back to Courmayeur to change his ice axe, they very generously offer him one of theirs”. In the Rivisita Mensile from March 1957, 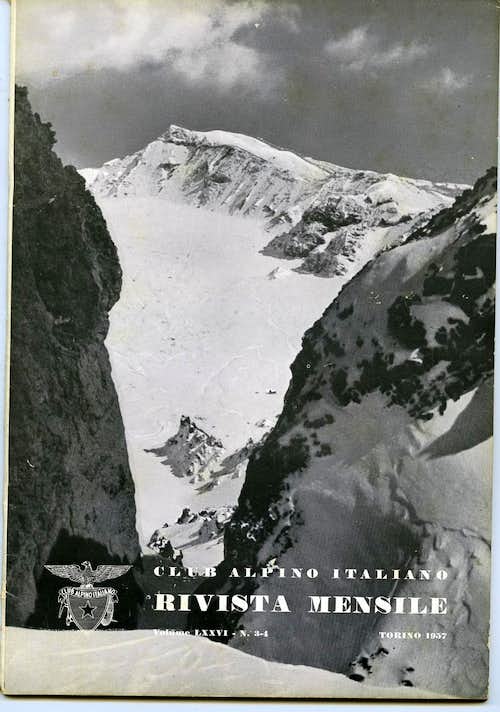 Bonatti recounts: "At the bivouac, Henry was very nice. Having noticed that I had broken ("rotto" in Italian) the handle of my ice axe, he proposed to swap it for his". What are the differences between these two original versions? None. The terminology "spezzato" is found in Bonatti's book "Le mie montagna" (1961), translated as "broken" in the French edition "A mes montagnes" (1962), and it is still the word "broken" which is used 25 years later in the 1987 reissue of the same work. Bonatti therefore accepts François Henry’s ice axe and repairs his with a cord as he will specify in a letter from 1998: "I was able to wrap it with a long string tight, which guaranteed at least 80% of its effectiveness". Thus, the ice axe split "in two pieces" as described by Gheser will be operational, "to 80%". And François Henry did not climb the Brenva with a piece of ice axe in each hand (absurd indeed!).

In "La Settima Incom Illustrata", Gheser recounts: "Bonatti proposes to Vincendon and Henry to join us for the ascent of La Poire. This offer was advantageous for everyone: we would have made a single rope party, thereby reducing tiredness and risks, and evenly distributing the loads ". In the Rivista Mensile Bonatti recounts: "The sympathy was reciprocal, so much that I had invited them to follow us on La Poire”. What is the difference between these two original versions? None. Afterwards, Bonatti will refute his words: "I absolutely did not propose to Vincendon and Henry to join us for La Poire. It was a madness to propose such an undertaking to two unknown young people "(letter from 16th February 1998). When I told him that this piece of information came from the Rivista Mensile, he first retorted: "Newspapers are bullshit!". And when I pointed out to him that this article was from him, he finally admitted having proposed La Poire to the "two Frenchmen": "I proposed at the time to the two Frenchmen to follow us on the programmed path of La Poire. But it was only a spontaneous gesture of sympathy and pure courtesy "(letter from 28th January 1999).

In "La Settima Incom Illustrata," Gheser recounts: "Vincendon and Henry began to slow our pace down. Then they stopped and offered to halt to eat something in order to regain strength. Bonatti, on the other hand, advised to go quickly and explained to the Belgian and the Frenchman the danger of spending another night outside. Both maintained their decision, and we therefore separated. Bonatti and I resumed our progression towards the summit of Mont Blanc, whilst Vincendon and Henry stopped to eat, with the idea to follow our footsteps half an hour later, in order to join us at the Vallot refuge. From then onwards we have not seen our unfortunate companions." In a handwritten account published by the magazine "Sports et vie" in February 1957 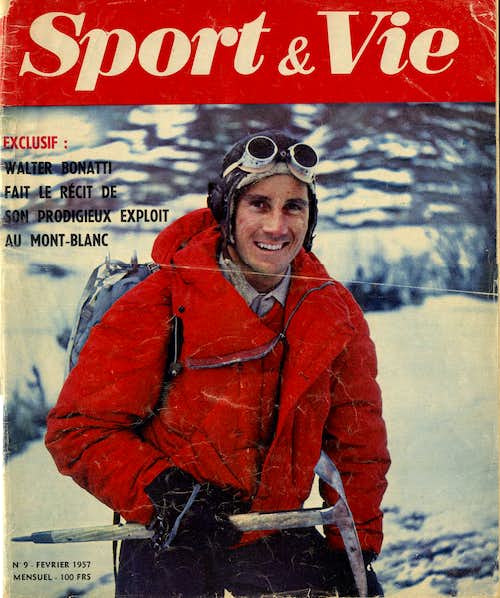 , Bonatti recounts: "Vincendon and Henry began to suffer and were slowing down our progress. Vincendon proposed to stop to eat something and regain strength. But time was of essence, and was more imperative in the winter season than in the summer because of the shortening of days. In order not to lose anything of the precious daylight, we jointly decided to form two rope parties [...] For me, it was only a brief goodbye ... This "goodbye” What an empty thing! Goodbye Vincendon! Goodbye Henry! ". What is the difference between these two original versions? None. In his book "A mes montagnes" (1987), Bonatti justifies himself: "Many people, badly informed, subsequently asked why I had "abandoned" Vincendon and Henry on the summit of Mont Blanc [...] , I had left behind the two young strangers with the absolute conviction that they would follow our footsteps and catch up with us from one moment to the next ". In 1987, Bonatti admits therefore to have "left behind the two young foreigners". Honoré Bonnet who was able to speak with the "shipwrecked" after the crash of the helicopter on 31st December is formal: "I confirm that Vincendon told me:" We separated from Bonatti ". And Warrant Officer Blanc who was transported into the wrecked helicopter following his fall in a crack, recounted François Henry’s words when lying next to him: "He explained to me that shortly after Bonatti's departure (with whom he had agreed to mark the tracks), Jean had become more and more tired, then had collapsed, exhausted and blind”. (testimony collected by Louis Henry, François’ father who came to see Blanc at the hospital and carefully noted this essential testimony in a letter to Jean, François' brother). Again, Bonatti's "departure" is at stake of course.

As you can see, it is quite clear that the original accounts from Bonatti and Gheser match perfectly, in particular on these three points. I thus decided to keep them.

Presenting Silvano Gheser as a confused person - worse, as a liar, even an ungrateful person is both unjust and unworthy. I met him on January 5, 1998, and he seemed to me both sane, honest and sincere. He kindly wrote to me his version of the events. It has not changed in 40 years. He had nothing to defend. What interest would he have had in lying? To look like the hero? One finds in his moving account of La Settima Incom Illustrata this terrible confession about a discussion he had with Bonatti at the Vallot refuge: "Bonatti wanted to retrace his steps to track down the Belgian and the French, but I managed to convince him that venturing at night on the glacier would have been suicide". Couldn’t we find any better tribute paid to Bonatti’s behaviour, and by a person better entitled than he was as his companion of rope? I do not think so. Those who think of defending Bonatti by dragging Gheser into the mud should reflect on this confession marked by exemplary honesty and courage. And those who present him as an ungrateful should read this other confession: "I look at Bonatti and I think that in addition to the fraternal friendship that binds us, I owe him deep gratitude for his behavior towards me during the past days".
Bonatti, on the other hand, modified certain elements of his testimony, to the extent of contradicting himself at times. Why? He may have been accused of having abandoned Vincendon and Henry. I’m using the conditional tense because I have found no trace, either in the testimonies I gathered from witnesses, friends, families, nor in the newspapers of the time, of such an indecent accusation, even of an ounce of reproach. But perhaps he was afraid of being held responsible for Vincendon and Henry’s tragic deaths, while he had done all that was humanly possible to save them. Following a terrible bivouac, he descended 100 meters on the spur of the Brenva to help them and he led everyone to the bottom of the final slope to Mont Blanc which no longer presented any obstacle (this is told in my book). Perhaps he felt his honor was being challenged - rightly or wrongly? And it is perhaps to avoid adding a controversy on top of a tragedy that he came to change or omit some specific details. Those who knew Walter Bonatti were aware that he had a sensitivity on the surface and that he would react with the impetuosity of a passionate man. Rather than raising its contradictions, which would have given my book a controversial aspect which I did not wish for, I simply informed my readers: "In the case where several successive accounts from the same author present variations, the oldest is considered the most authentic". I think this is an honest, scrupulous approach. It would have been much simpler for me to simply copy the last book of Bonatti without looking any further - he kindly offered it to me. This would have saved me from losing the friendship of the one whom I still consider as the greatest - and most endearing - mountaineer in history. But by doing so, I would not have acted as an honest and scrupulous historian. I conducted two years of inquiry, I interviewed over 80 witnesses (most of them have unfortunately now died, but were very much alive 20 years ago), consulted hundreds of documents, reports, (I even found the weather archive of the time), and I reported this in a meticulously compliant narrative, with the information that seemed to me to be the most authentic.

There remains a question. You write :"When I discovered that Bonatti was outraged by Ballu's text which was implying for him that he had abandoned the two boys". Can you quote one sentence, one word in "Naufrage au Mont Blanc" wich outrages Bonatti ? Where is it told that Bonatti has abandonned the two boys ? Nowhere. Absolutely nowhere ! Does my book "Naufrage au Mont Blanc" damage the reputation of Walter Bonatti, that of his honor? I do not believe so, quite the opposite: what reader ever closed it thinking that Bonatti behaved badly? None to my knowledge. 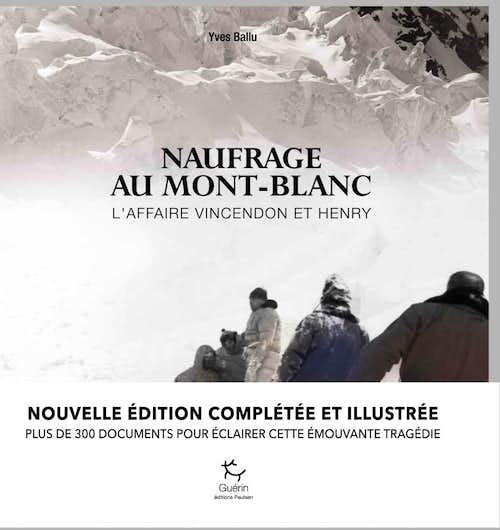 Note: Several interesting documents can be consulted on my blog : http://yvesballublog.canalblog.com/#utm_medium=email&utm_source=notification&utm_campaign=yvesballublog, which includes the beautiful preface of my friend Claude Dufourmantelle was quoted incompletely in "Shipwrecked on Mont Blanc - The Vincendon and Henry tragedy". The following paragraph is missing: "Forty years later, the friend Yves Ballu undertook to relate this tragedy: he did it with the passion of an investigative journalist and the seriousness of an academic historian. He collected all testimonies, triangulated all the information, minutely established the chronologies and, by doing all of this, put all the characters "in their place", for what they had said, for what they had done and, unfortunately, more often than not, for what they had not done. The reward for this work was the success of this book. It is also the work of a sociologist, as the reader will see in it a painting of a specific period of mountaineering, of a specific environment, where the media began to impose its code and pace".
It also misses this recommendation: "... read or reread this book ...". Probably a copy-paste mistake… 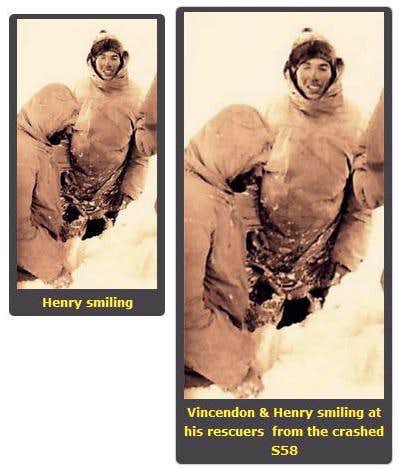 Not only this is Jean Vincendon seen from the front (Henry is left in profile, the right face necrosis from frost), and not smiling unfortunately. This picture of a dying man was taken by my friend Honoré  Bonnet  who told me, with tears in his eyes, that after 5 days exposed to winds up to 100 kmh and a temperature of minus 20 to minus 30 degrees, the unhappy  Vincendon, was barely able to articulate a few words: "What a disappointment we thought we would be in Chamonix tonight! ". He had neither the desire nor the strength to smile!
External Links