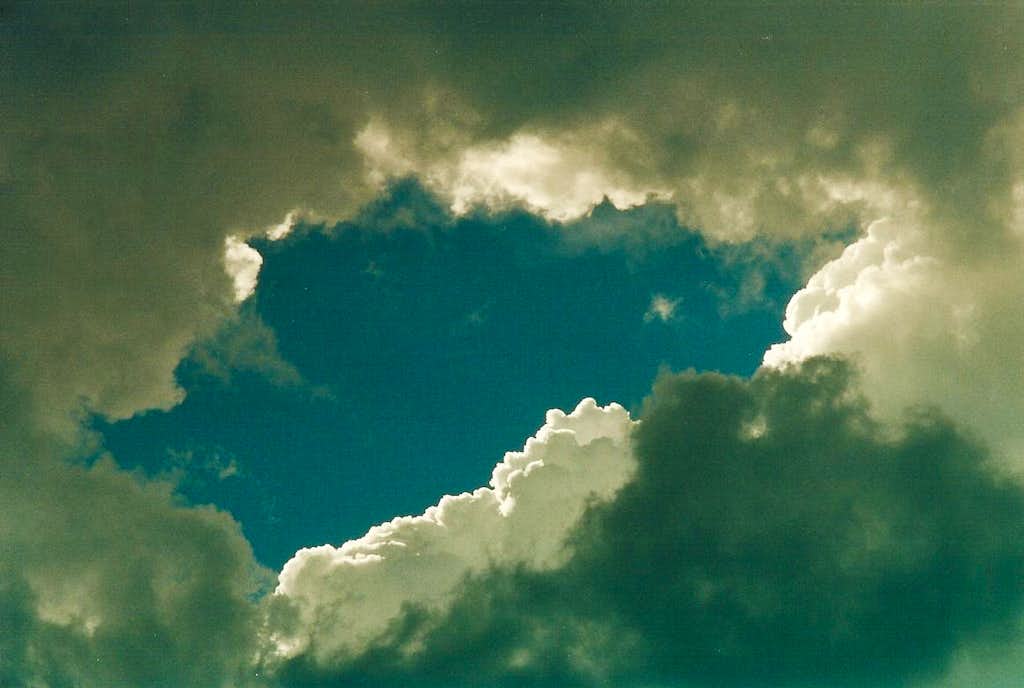 Do you know what I learned today?
I discovered what a 'Rocky Mountain
Oyster' is all about!!! In South America
it's called 'huevos del toro,' and in
Montana ... Montana tendergroin. What
this has to do with mountains, your
guess is better than mine! I love your
'clouds' photo, and please have a nice
day!!! : - )
- Larry of Arizona

For the first time ever, I saw Rocky Mountain Oysters on a menu last Labor Day Weekend in Colorado. I was curious but didn't really want to know. Now I don't want to try!

Reminds me of a joke: A guy is in a restaurant in Spain and sees someone eating the largest, juiciest-looking meatballs ever. He asks the waiter about the dish, which isn't on the menu, and the waiter tells him that after the local bullfights, they serve the slain bull's balls as a delicacy. So the next week, the man orders the dish right after the fight. But he gets some shrivelled little meatballs instead. He asks the waiter about this.

The waiter replies, "Sorry, senor, but the bull does not always lose."

Excuse me ... I'm laughing my nuts off!
I'm talkin' 'bout the ones I use for climbing!
In the Philippines, they have this "delicacy"
(Rocky Mountain Oyster) listed on (their) menu. They affectionately refer
to it as ... SOUP NUMBER FIVE.

What this has to do with the "Wild Montana
Sky," I have NO idea. That's a John Denver
song, isn't it Bob???

I've often found that many of the best things to talk about, or at least the most amusing, have little or nothing to do with the subjects that led to them.

And yes, it's a Denver song. It runs through my mind quite a bit when I'm in Montana, actually.