There is one fixed bolt now, high on Ausangate 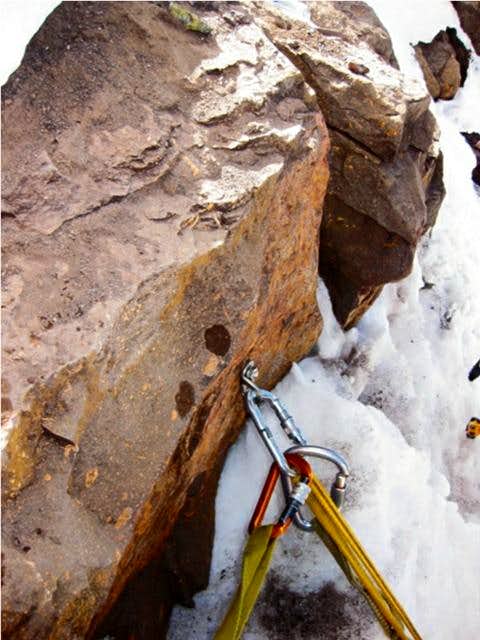 The last couple of years, the headwall high on the east face of Ausangate is changing from a pure snow/ice face to more and more rock. By 2011, the left side, which used to be the normal route, was already laid bare so much, that it was easier to climb the headwall in the middle. After the first pitch, there is a big rock sticking out of the snow, and in 2010 a Bolivian guide has put a bolt in there. On the way up, we found it, but on our way down we didn't.
« PREV NEXT »