This picture as been taken... 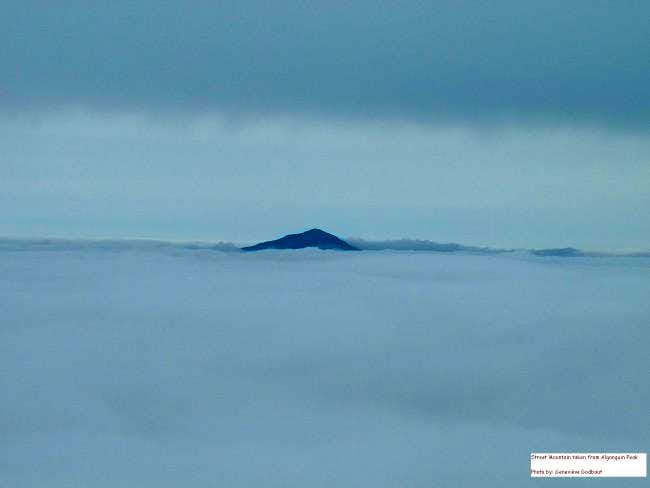 This picture as been taken from Algonquin Peak. One of the most beautifull view I ever have.
« PREV NEXT »

Very artistic. It must have been fun to stand up there and see this...

just a question, what is this doing under street, that mountain in the picture is whiteface...

I'm ptrety sure that this is Street.

Elevation was lower than Algonquin. Direction was good on map for Street. But I can be wrong.

Tell me why you ting it's whiteface

wow, i know this is almost 6 months later but i just found this page again and realized i never replied. You can tell, with a good eye, that its whiteface from three features, (1) the bump on the left ridgeline does not exist on street, it is in fact a man made bump, its "castle" (2) if you look closely, or enlarge the image, you can easily make out the observatory. (3) if it were street the right ridge would be far less prominent and steep as it is in this picture as it meets the Nye ridgeline very shortly, you can also tell both ridges are rather jagged, because it is rocky and above timberline, street is not. Oh and whiteface is still lower than Algonquin

NTD is right it is Whiteface

A very interesting photo, but that is definately Whiteface, not Street.