This was taken from Huerfano... 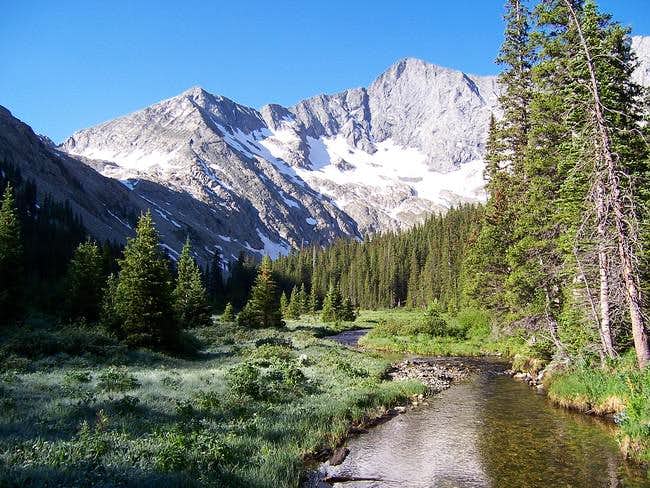 This was taken from Huerfano basin this past summer (7-6-05) as I missed my turn to Lindsay. A bit dated but I think its a good pic of Blanca from a little-seen side.
« PREV NEXT »

That ridge is actually part of the Huerfano approach to Blanca. I believe Dawson has it detailed in one of his 14er books. Gash Ridge starts about 1/4 left of Blanca's summit, out of view from this vantage.
There's also an old mine right smack at the bottom of the massive eastern face of Blanca that isn't on any topo's (well, at least not on mine). :o)