This route is named for the Mt. Whitney Portal Store's Doug Thompson, who described it to me.  It is an interesting alternative to New Army Pass and Army Pass, the routes most commonly used by hikers seeking the summit of Mt. Langley.  The route involves cross-country travel, but never exceeds Class 2. The advantages of this route include beautiful Sierra Nevada scenery (gnarly ancient trees, lush meadows, abundant wildflowers, etc.) and the availability of plentiful water.  It makes for a fine descent route as well. 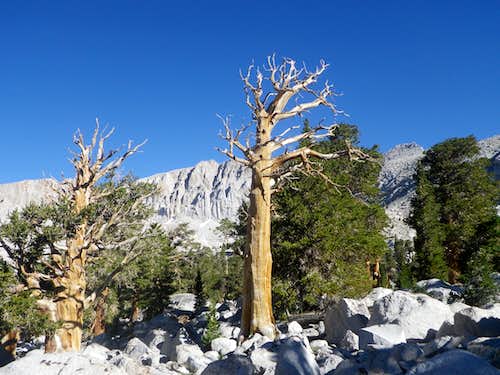 A pleasant alternative to the popular trails

Hike past the numbered Cottonwood Lakes, staying to the right (east) of them, until you reach the unnamed last (northernmost) lake.  The Fin is a prominent feature above and northeast of this small lake. 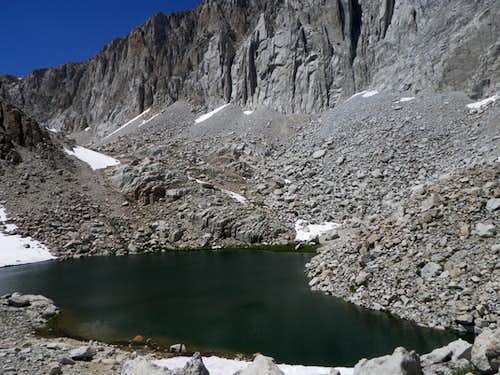 Looking toward the north end of the lake, where the route up the canyon begins

If you proceed to the north side of the lake, you’ll discover a canyon on your left.  Head west up this canyon.  There is abundant running water here, with lush meadows.  The hiking is very pleasant most of the way. 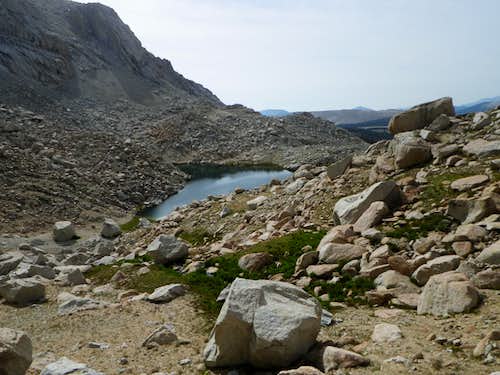 Looking back toward the lake from the beginning of the canyon 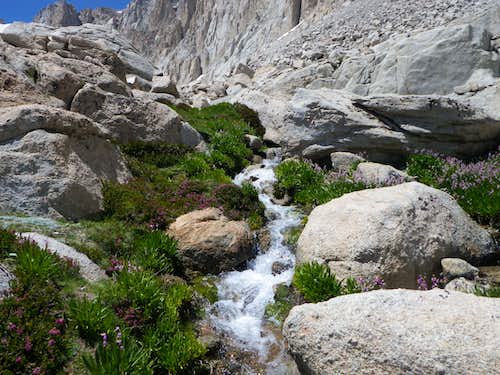 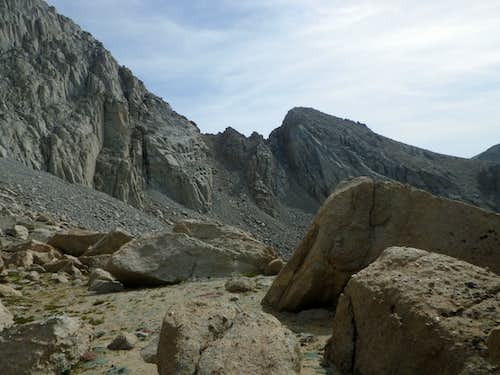 The terrain does become steeper and looser as you approach the western end of the canyon.  You might be tempted to scramble up the north side of Peak 3915, which forms the south wall of the canyon.  Don’t.  It is beyond the typical hiker's comfort level to gain the plateau by scrambling up the north side of Peak 3915 and then continuing west by way of the summit of said peak. 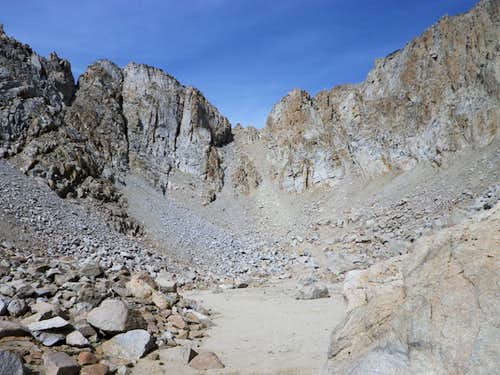 Steepest part of the route - not as steep as it looks from here, though

Eventually, slog up the final steep portion at the western end of the canyon and emerge onto the vast sandy plateau south of Mt. Langley. Just turn right (north) and continue to your very obvious destination, now less than an hour away. 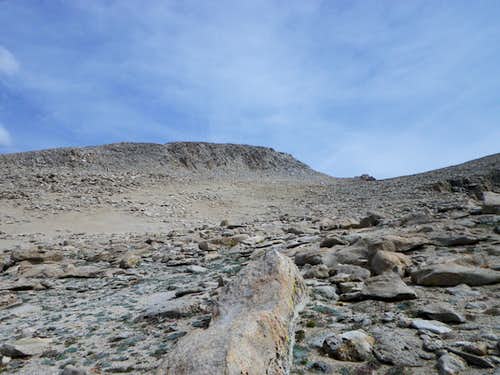 Mt. Langley looms to the north once the plateau is gained

No special gear is required in a typical summer.  However, in heavy snow years like 2017, steep snow might be encountered in the back of the canyon, thwarting those without appropriate snow gear. 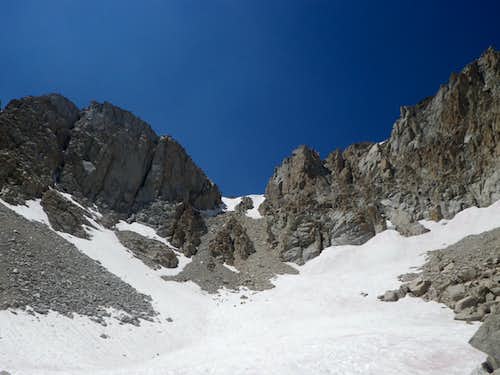 In a heavy snow year, steep snow can persist in the canyon in summer