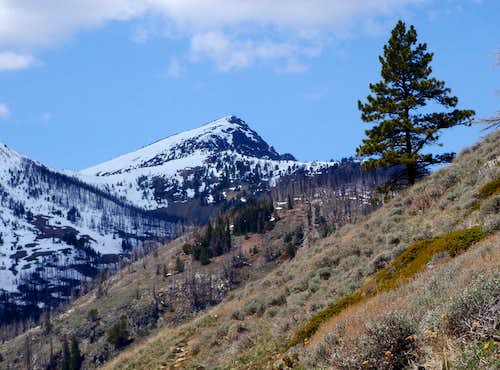 With respect to the 400 foot prominence rule, Tiffany is the 116th highest peak in Washington State while nearby Rock Mountain is 188th and Middle Tiffany is 190th. The first recorded ascent took place in 1900 by a survey party and the identity of only one man is known, cartographer C. F. Urquhart. Actually, in all likelihood, the peak was scaled many times throughout history by the indigenous local Native Americans. The summit provides commanding views from the Cascades to the Kettle Range and down into Coulee country. Normally ascended via its gentle southwestern slopes, its northeastern face plunges almost vertically for 750 feet. 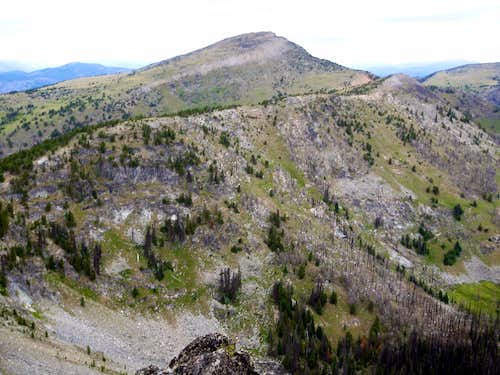 Tiffany is the highest point in the southern portion of the Okanogan Highlands of north-central Washington. As with most mountains in the Okanogan, Tiffany is not a large mountain by normal Washington standards. It is very high, but the base of the mountain starts between 5000 and 6000 feet, so the rise is really only a few thousand feet. While the southwest face is gentle and sloping, there are numerous small lakes and marshy ponds located just below the cliffs of the northeast face. 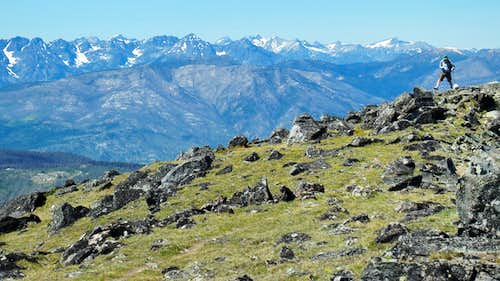 One of the best things about Tiffany is it's isolation. It's well off the beaten path for outdoor recreation. In Tiffany's case, this may be a good thing. A number of die-hard peakbaggers and hikers visit the summit each year, but it's almost never crowded. Chances are, you will have the whole mountain to yourself.  It is possible to combine Tiffany with one or more of the nearby summits including but not limited to Middle Tiffany, Rock Mountain, or Clark Peak.  See this map for more details.

The shortest and easiest route to the summit, Freezeout Ridge, has become the most popular. This is due to the fact that if the road has melted out, you can drive up to 6580 feet. In actuality, there are four main trail routes to the summit. One from the north, the south, east, and west (Freezout Ridge Trail). 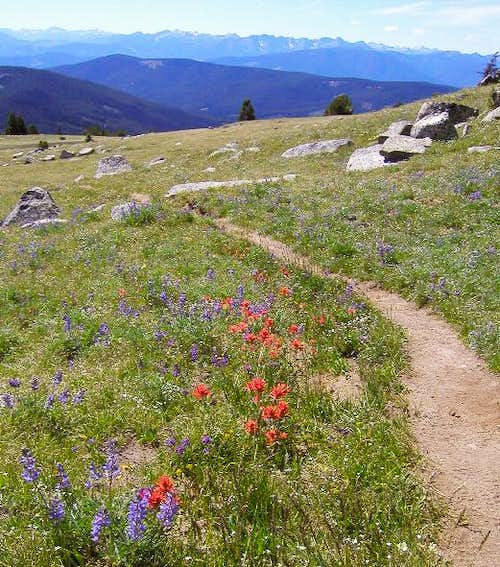 The south route (North Summit Trail) has several variations and passes near the summit of neighboring Clark Peak. Both the north and east routes make use of the Tiffany Lake Trail. It's likely that the north route which goes over Honeymoon Pass, is the most scenic as it passes by all the lakes and ponds, while the east route has the most elevation gain. 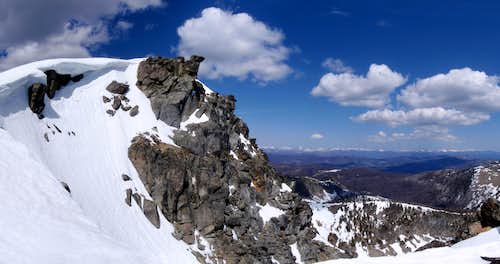 For the sake of simplicity, only the Freezout Ridge route will be described on this page. The east ridge has it's own route page. For those planning to climb Tiffany, since all four routes are easy, I would encourage you to explore the north or south routes and create a new route page to share your findings.

From Conconully, take Okanogan County Road 2017 southwest, around the reservoir, to the junction with Forest Service Road 37. Turn right on FS 37 and continue for about 21 miles. Shortly after crossing Bernhardt Creek, FS Road 39 takes off to the north. Turn right on FS Road 39 and travel 3 miles to an obvious pass where the Freezeout Ridge trail takes off to the right. 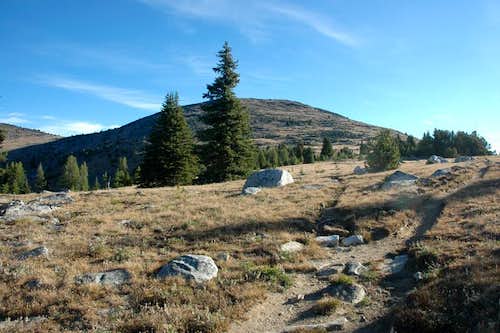 From downtown Winthrop, take County Road 9137 north about 7 miles to FS 37 on the right. If you cross the Chewuch River, you've missed the turn. Follow FS 37 about 14 miles to FS 39 on the left. On the way back to Winthrop, watch for a great swimming hole on Boulder Creek, about 2 miles above the junction with CR 9137. 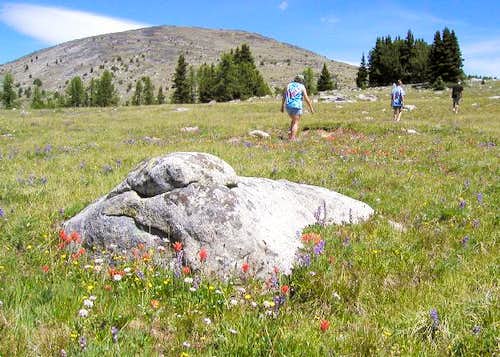 Approaching The Summit On Freezeout Ridge

Follow the trail east from the pass on Freezout Ridge. There may be patchy snow lasting well into summer months. In clear weather, the summit is visible less than 2 miles away. Grassy slopes below the summit are mostly open with only a few trees and large rocks scattered here and there. On the summit stands a rusty pipe with a rusty can on top of it. Remove the can to find the small summit register. View the Pasayten Wilderness Peaks to the northwest, Rock Mountain and Middle Tiffany to the northeast, and finally Clark Peak, Mount McCay, and Old Baldy to the south.

Northwest Forest Pass required at the Tiffany Trailhead, but not at Freezeout Ridge (southwest ridge). No backcountry restrictions.

The access roads and southwestern summit route are usually snow free from mid-June through September. Its a long haul in winter! 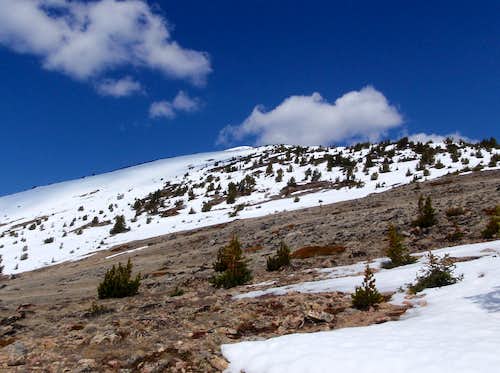 The Summit Seen From Whistler Pass

The Methow Valley Sky Cam doesn't show the mountain, but will provide a look at conditions in the area. 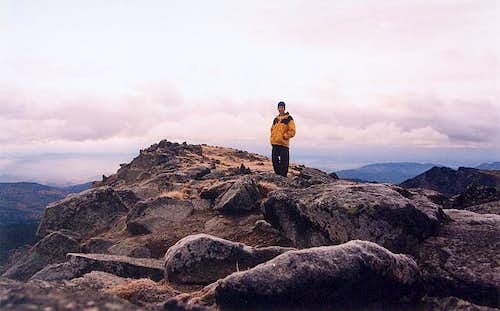 Paul Klenke On The Summit

Dispersed camping all over, or primitive campgrounds at Tiffany Springs and Salmon Meadows.