This ist for sure the "king" route to Titov vrv. You follow the long rigde, which streches from Titov vrv to the East.

It's a bit longer than the normal route - the distance it's almost the same, but it's about 400 meters more altitude to climb up and down -, but it's worth the effort. First, it's very scenic; second, you can climb three more summits, including Bakardan, the third or fourth highest summit of Macedonia; third, since you normally go down the normal way, you'll have a round trip (; fourth, you don't meet sheep dogs there)

Starting Point is Popova Sapka, a winter Ressort above Tetovo. When we were there in autumn, there was only one Hotel (snow patrol logde, good place) opened and this only on the Weekend. Staying in Popova Sapka is for sure not the worst idea, since the hike takes lot of time.

For me it seemed somehow stupid, but there where no signs, markations or any other hints for the way at the starting point. Later, there are plenty of them, but not in Popova Sapka.

Well, the terrain is open and easy (ski slopes), so you can find your way, even if you get lost at the beginning. Just head for the rigde, which comes down from the hill above Popova Sapka. This hill with the ski lift on top is your first goal and it's probably the best to climb it from the right side. There are many foot paths and some dirt roads, which go zig-zag through the meadows. Once you arrive at the bottom of the ridge, you'll have no more problems of orientation. 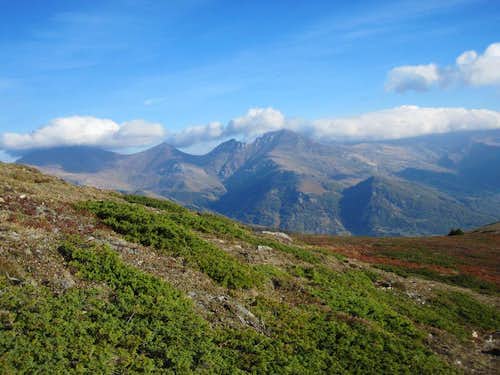 There are several paths, which go up the broad ridge to the top of the ski ressort. From here, you just follow the broad and now obvious way to the first summit, Ceripasina, 2531m. 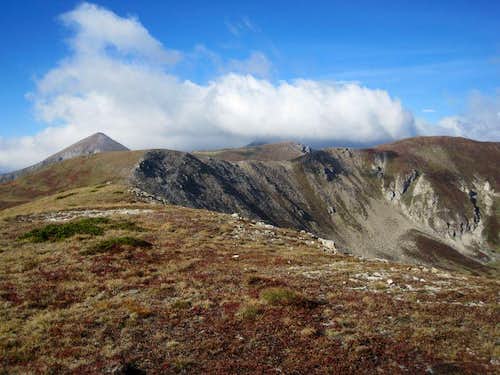 Descent for about 50 meters, than hike over a unnamed peak (the highest Point stays on the right) and descent again to the bottom of the next hill, called Karabunar. The ascent to this top, 2600m, is a bit steep, but without problems. 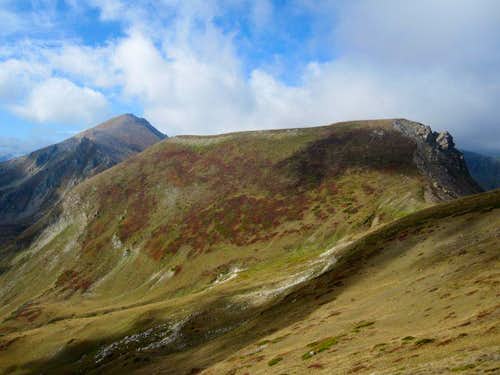 From Karabunar, the way descents again for app. 100 meters to the saddle between Karabunar and Bakardan, 2704m. Now you have a longer ascent in front of you, but again, no technical problems. From the summit of Bakardan you have a great view to Titov vrv, which is now just vis-a-vis. 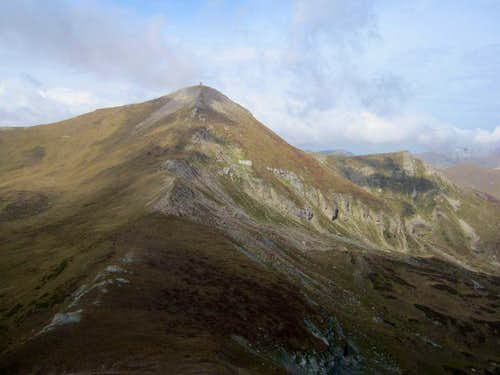 The descent to the saddle (app. 2.500m) is quite steep, maybe a bit more rocky then the rest of the way, but over all not difficult. At this saddle, you'll hit the normal way, which will lead your (probably already tired) legs up to Titov vrv, 2748m, the highest Point of this great route and all Sar Planina. 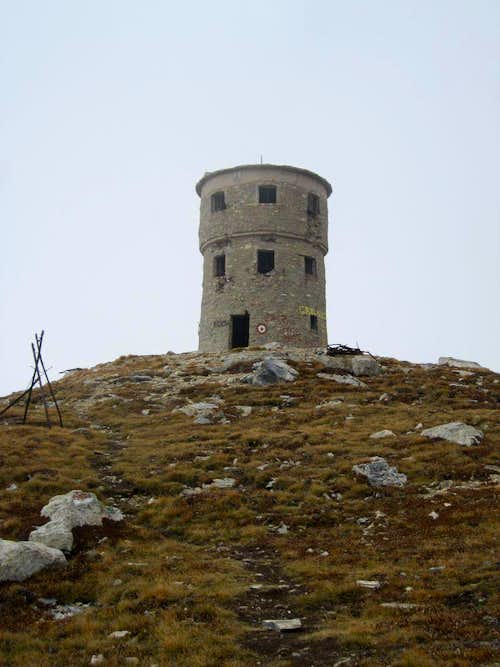 Tower on the summit of Titov vrv

From the top, go back to the saddle beneath Bakardan and turn right. The clearly marked path will bring you back to Popova Sapka. It's a very long way, too.

You might "meet" some sheep dogs on the way, if you do, best scream for the sheep yard...

Gain of altitute: About 1.450 meters up and 400 meters down. Time needed: about 5 hours up and 3 hours down (but as normal on long routes, it can vary widely depending on your level of fitness). 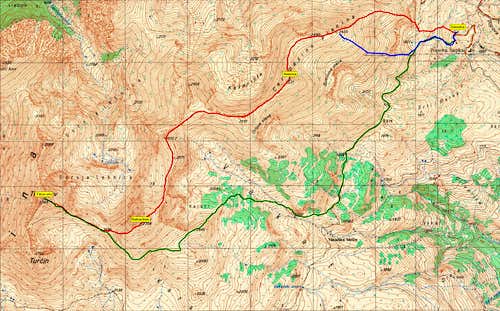 Just hiking Equipment. Sticks are useful. Lots to drink, no spring on the way (rigde!). It can also be very windy on the ridge, so better take a warm jacket and a hut with you.