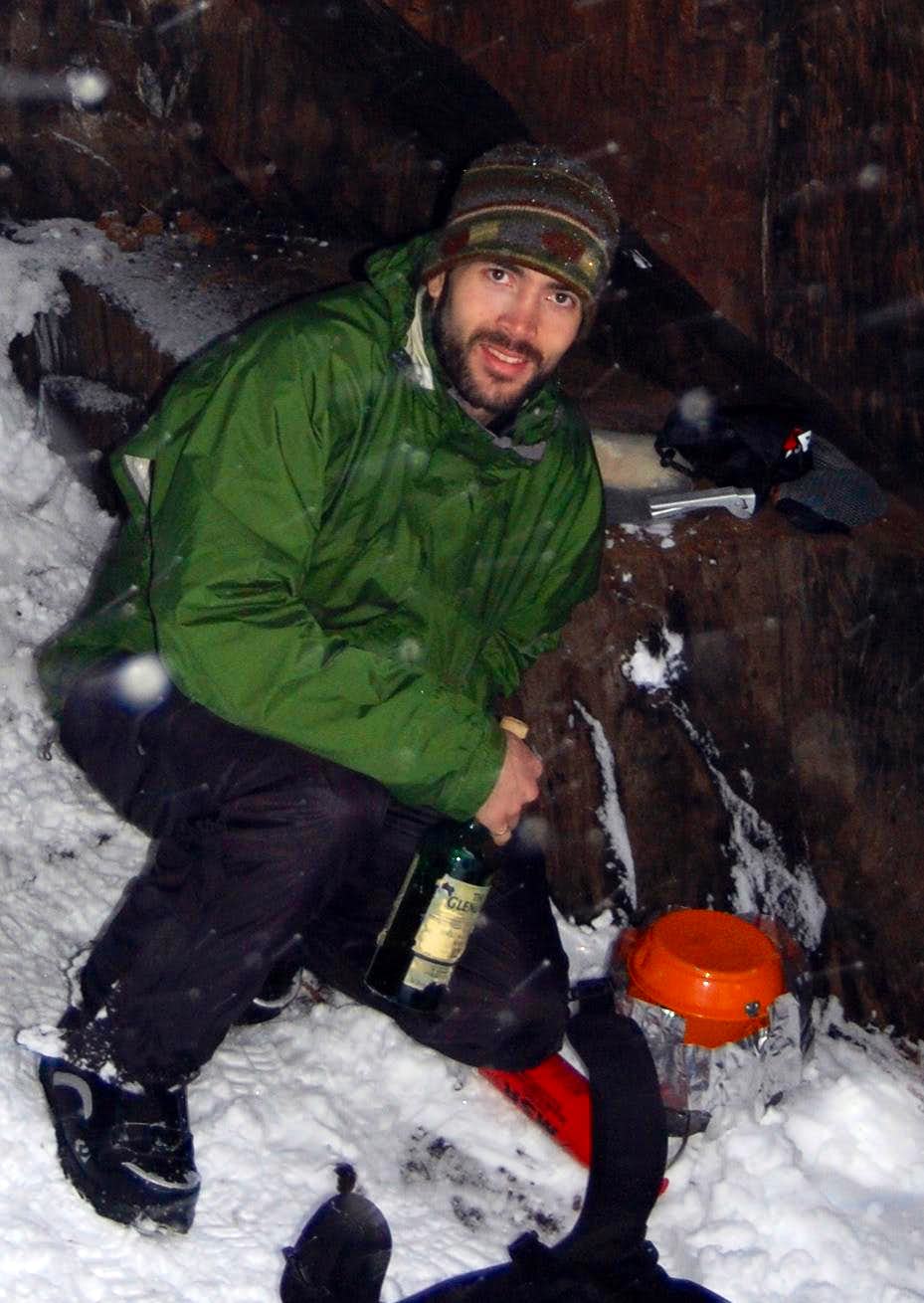 February 27, 2010 - Mariposa grove. Tom is brewing tea inside Telescope Tree for the CHAOS crew while enjoying an 'energy' drink.
« PREV NEXT »

Tom as OBVIOUSLY a man of discriminating tastes! What a beautiful commemoration for your friend, Mark.

I regret that the rampant sensationalistic, morbid, and voyeuristic scum so pervasive in modern society led you to feel the need to write this article. You shouldn't have had to explain like this, although I'm glad that you had the strength to do so - you should have been allowed to grieve and heal in private.

Having said that - I rejoice with you in the rare gift of deep companionship you shared with Tom, and then shared with the rest of us so movingly.

Thanks for the kind words. Its definitely a messed up situation, and frankly I would have preferred to keep it more private. I still do in a lot of ways, but this article was needed both in response to the misinformed first reports, and I was convinced to write more after many of my cherished friends (climbers and non-climbers) felt that some lessons could be learned, as ugly and senseless as it seemed. What I wrote weren't just my opinions, but the best of what I could sincerely and reasonably say as relevant and realistic after much talking with many people, a good number of which were involved with SAR, MSAR, or just serious alpinism in general. I don't feel satisfied at all with a lack of a real preventative lesson beyond 'it is dangerous and unexpected out there' but at least it gives some food for thought and hopefully the things that allowed me to walk out of a serious situation just fine would be helpful. I still can't get over how I could just walk out of there fine but be so helpless with Tom's sudden HACE.

The report was old, but some people thought it should be brought up again as others could benefit from it (even if it is just for helping with the mourning of a lost loved one in the mountains, which this has helped). I really didn't like the idea of repeated exposure again, partially because I expected renewed attacks, and I still feel a deep sense of shame, frustration and regret about it, but I feel that in the long run it is better to have written it, and to keep it up, than to give in to temptations of my ego to hide it away and not be as honest and open with people as I can, even if there are a few bad apples out there.

Against All Hope: Life, Partnership, and Loss on Mt. Shasta(Trip Report)