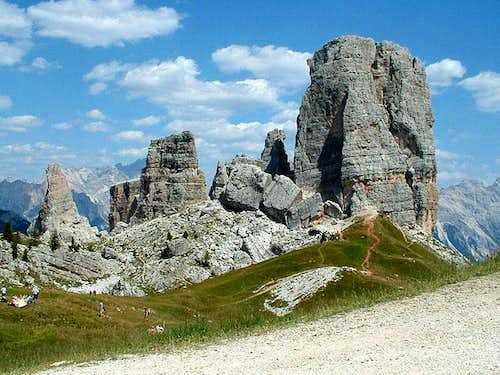 Cima Ovest on the right

Though when viewed from most sides, Torre Grande appears as one massive tower, it is in fact split into three distinctive separate towers that are separated by very deep clefts. The three towers are Cima Sud (South), Cima Nord (North) and Cima Ovest (West). All of the sections are of about the same height. Cima Ovest is the least massive of the three sections. The three towers of Torre Grande have many of the longest routes at Cinque Torri. Via Delle Guide at 140 m with four pitches of fairly sustained III and places of IV (some guides rate the first overhang IV+) is understandably one of the most popular routes at Cinque Torri. The route was first climbed by P. Dallamano and R. Ghirardini on 15 July 1930. 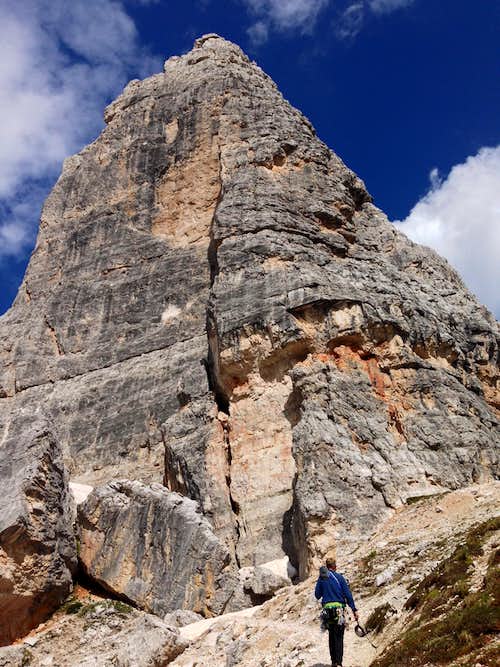 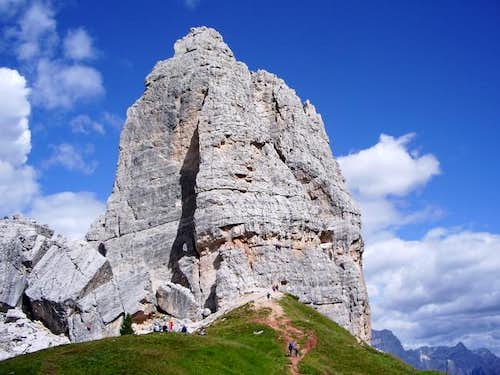 See Getting There on the main page. Once in the CinqueTorri area, there are numerous trails leading to the various towers. It is only about 10 minutes to the base of the route from the hut or the top of the chair lift. 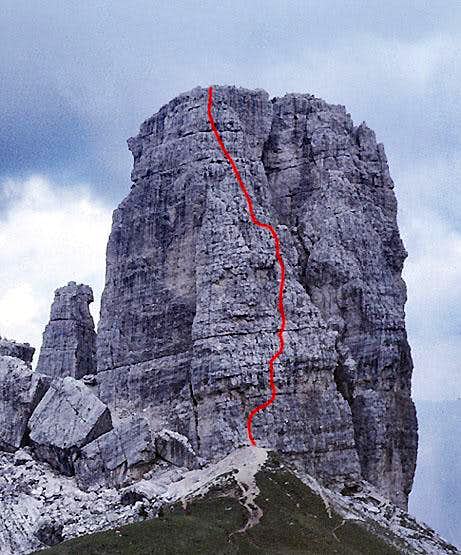 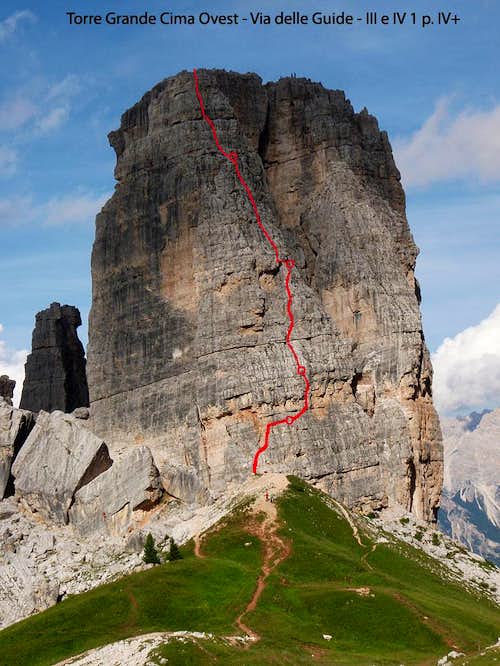 Topo of the route

The route starts at the highest point on the slope adjacent to the west side of the tower. Pitch 1 (about 35 m) climbs up to the right to a horizontal ledge below the obvious bulges (III+). This is followed about 6 m further right to a good point to overcome the overhang (IV strenuous). There is a good belay ledge shortly above.   Pitch 2 (about 25 m) continues up a yellowish groove on the left of a large flake then returns right to an obvious belay stance below another bulge. (II+ to III) Pitch 3 (about 35 m) climbs up and left over the overhang (IV) then directly upward (III) to a belay stance. Pitch 4 (about 35) climbs up short steep sections and corners to the summit (III). Descent is via two 20 m rappels down the east side of the tower to a gully that is climbed down to the north. The first rappel point is about 5 m down the east side. 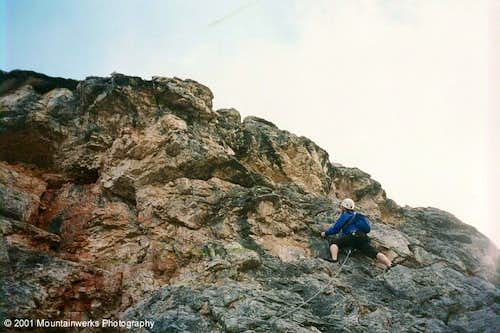 On the first pitch 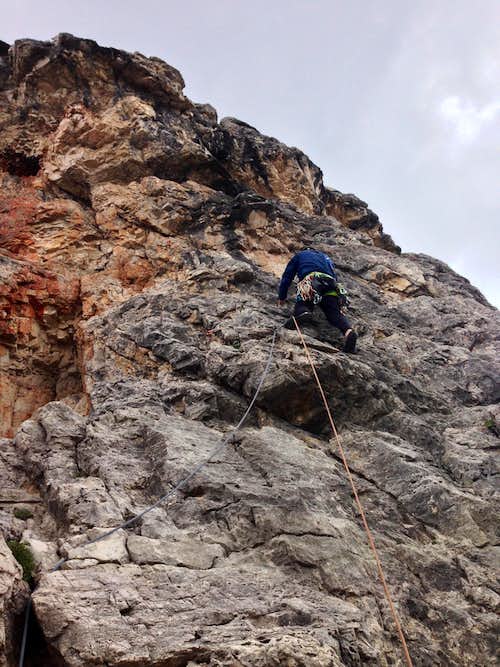 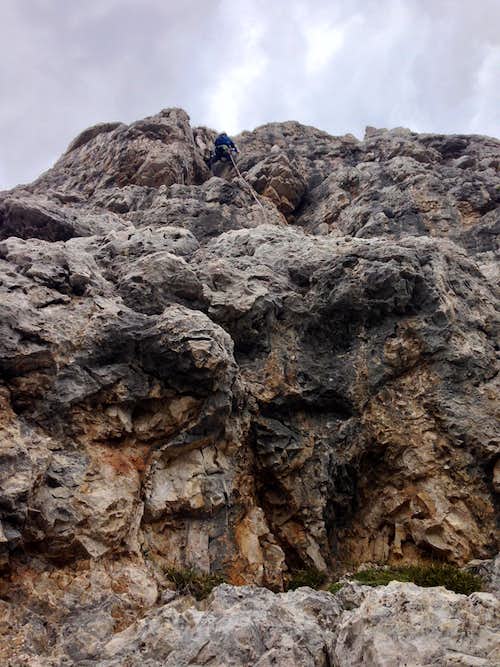 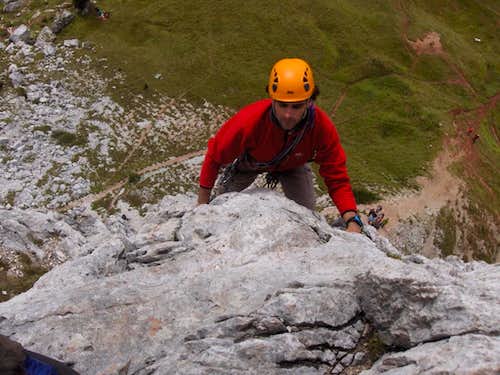