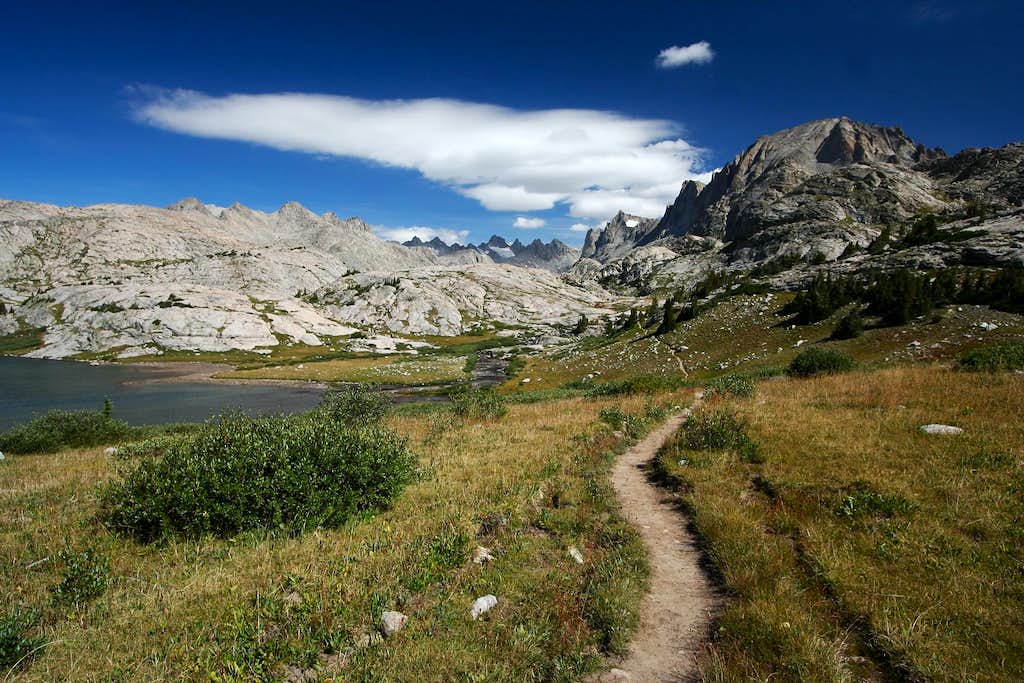 A most inviting looking trail, I might add! This was shot near the junction of the Titcomb and Indian Pass trails. The unnamed lake is labeled 10467 on the Earthwalk Press map. This day we turned right, heading up into Indian Basin, but would later follow this trail into magnificent Titcomb Basin. Fremont Peak, which we climbed the next day, is on the right. Gannett Peak, Wyoming’s highest, is barely visible as a bit of shining snowfield beyond two shadowed spires in the center of the basin, but you'll need to look at the full size version to see it. August, 2007.
« PREV NEXT »