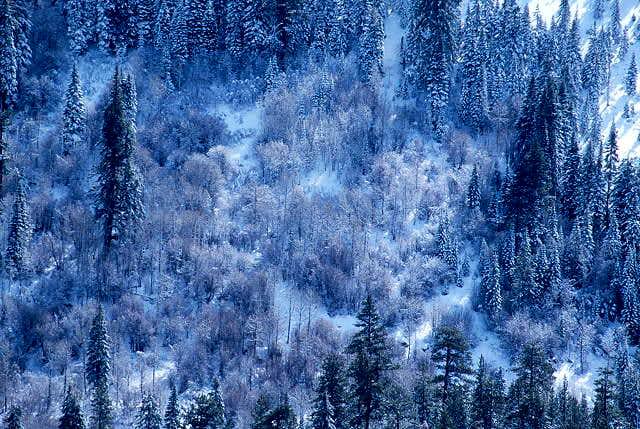 I'd love to say this picture depicts the deep wilderness but no, not quite. It was taken on a Sunday morning on 50 after leaving South Lake Tahoe for San Fransisco. I stopped at one of those narrow turn-outs on the way up and broke out my 300mm to take pics of the mountainside across the canyon, of which this is one of a few good shots. Fuji Velvia 100. The snow, at the end of March 2006, was deeper than anything I had seen in person before. I lived in SLC Utah back in the 90's, skiing Brighton continually for four years, and while we had a ton of snow, it was not like the Tahoe / Kirkwood area.
« PREV NEXT »