Trenta and its mountain guides

While from the western, northern and eastern side many valleys are reaching the heart of Julian Alps, on the southern side there's only one: Soča valley with its beautiful end called Trenta. In the pioneering times of exploring Julian Alps with its people Trenta played a key role. As almost every man was a wild hunter, Trentars became towards the end of 19th century legendary guides and climbers, opening routes to many hard, high summits of Julian Alps. Let's see a bit their background.

A Brief History of Trenta 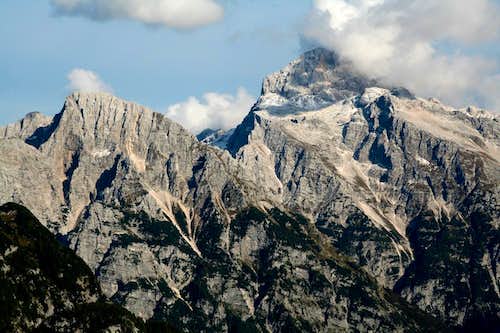 While traces of men in the valley of Soča are from even the prehistoric times, its valley-end was still in the middle ages inhabited only seasonally - by shepherds. The origin of the name of Trenta is not known (some speculate that outlaws from the neighbourhood of the South Tirol town Trento came here), in written sources it was first mentioned in the 14th century. In the 16th century the valley came under the Habsburg rule and it was also then when iron mining and manufacturing brought better times and people migrating into the valley. But the ore sources were not abundant and already end of the 18th century poverty returned. When in 1779 Balthasar Hacquet visited Trenta, he found there only a few people, iron-mine closed and a more than 100 years old, weird priest, for whom people did not have even a patch of land to burry him, when he dies (indeed, after the priest Lucenperger died in 1781, Trenta did not get another one for 77 years).

It lasted another 100 years until tourists started to arrive more into Trenta. Credit for that goes to the explorer Julius Kugy, the landlord Albert Bois de Chesne, Rudolf Baumbach, Josip Abram and a few others who spread around the voices of beauty of Trenta and its mountains. Yet, the road from Bovec into the valley was not built until 1906 (before, there was only a trade path which got more and more ruined) and its connection further over the Vršič Pass was built only in 1915 (see the article of its building here). In 2011 only 92 people lived permanently in Trenta. 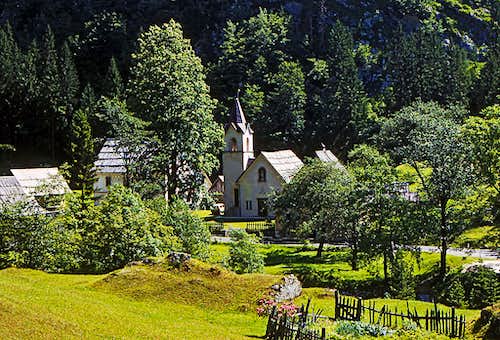 The 'heart' of Trenta

In Trenta there are many natural beauties. Here is only a short list, which you can use when visiting the valley. Combine this list with the points of interests down the Soča valley!