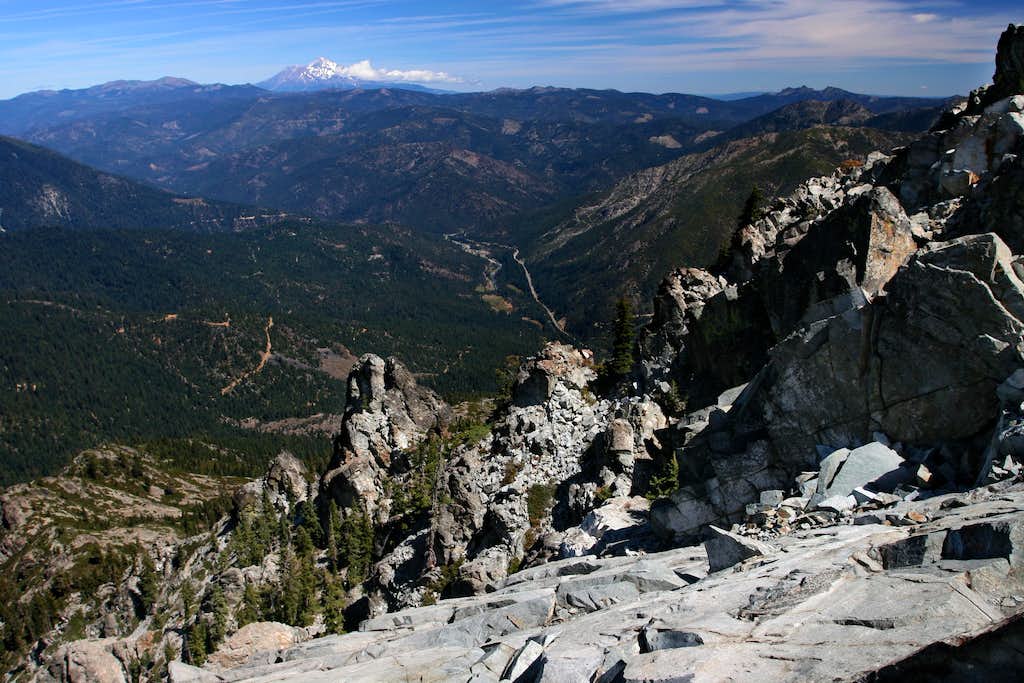 Looking north up the Trinity River Canyon towads Mount Shasta and Mount Eddy. Some indication of what the rugged north face looks like is apparent here. August2010.
« PREV NEXT »

Tons of cool rock in the area. Looks like a real pretty area.

It is pretty nice, though it gets a bit better as you move west!

Missing off of Billy

There was a story in the media yesterday (March 26, 2016) of a man ( Steve Morris) who went missing off of Billy two years ago. His two friends made it down safely but he was nowhere to be found.

The article didn't explain exactly where the hikers were originally parked nor where they eventually recovered some human remains (DNA did not specifically prove it was the man they sought.. just that the remains were human).

Did you participate in the search? Where did the hikers set out? The remains were said to have been found only 1/4 mile from the road but which road? Did the missing man nearly make it back to his original trail head?