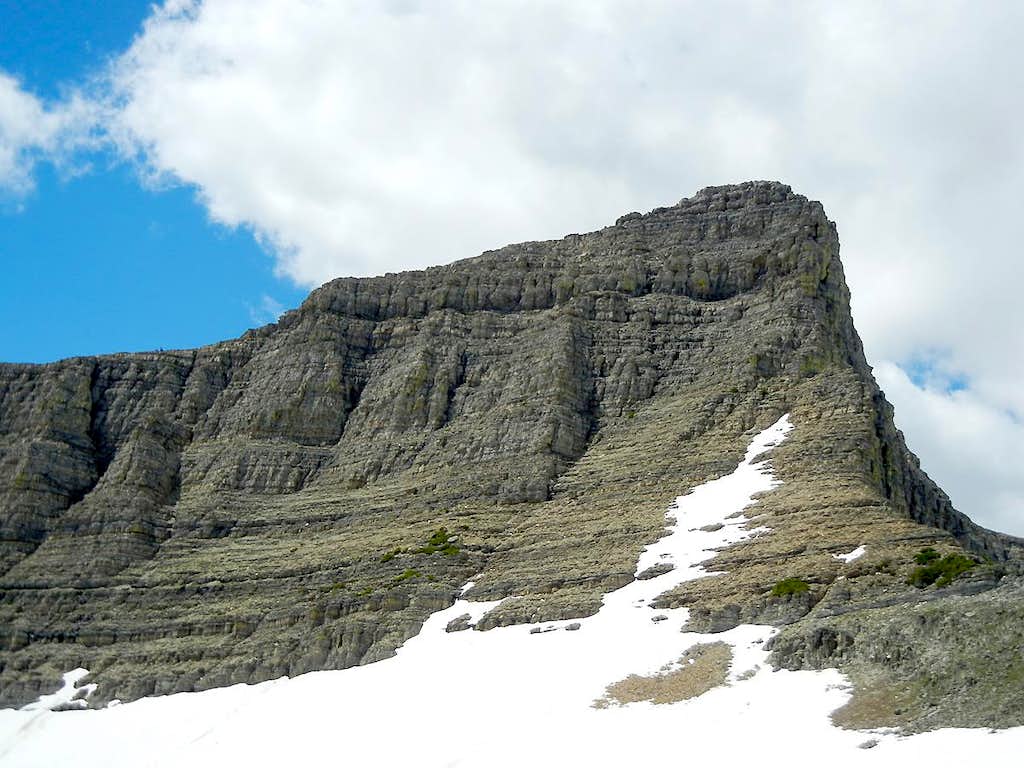 The East Face of Triple Divide Peak in early season conditions with snow still present. (Taken mid-season on an exceptional snow year). The snow can be avoided by climbing to its right and traversing to the normal route above it. What I think is Edward's "orange ledge" appears as a black ledge about 3/4 of the way up the face and extending nearly all the way across the face. Photo 23 July 2011 by Fred Spicker
« PREV NEXT »