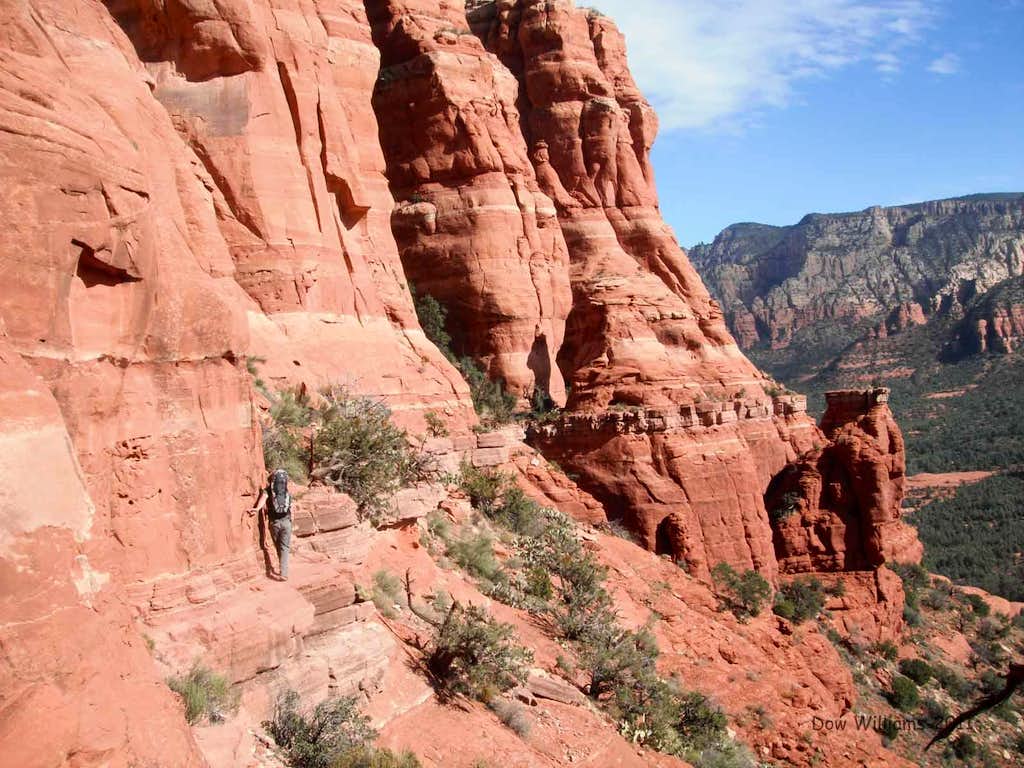 Locate the local tourist attraction in Sedona known as the Chapel of the Holly Cross, a church built into a local rock formation at the end of Chapel Road right off highway 179 in Sedona. Hike up the road to the chapel and catch a public hiking trail on the right side before reaching the final bend into the church parking area. Follow this trail as it dead ends into another trail. Turn left and follow this main trail as it heads toward the ridge containing the towers to the east. At the ridge, the trail circumvents the towers to the south. Shortly after passing the towers, look to head north via gullies and slick rock to the base of the main wall facing southeast which is north of all the individual towers. I included a photo showing Trundlers Club on this wall which involves a deep corner. We found a delicate white sandstone ledge that wrapped around the last tower before the wall. One fifth class exposed move along this rail allowed us to easily circumvent to the base of the route with minimal bushwhacking. Trundlers Club Buttress, 5.10d, 5 Pitches, Church Spires Area, Sedona, Arizona, November, 2011
« PREV NEXT »