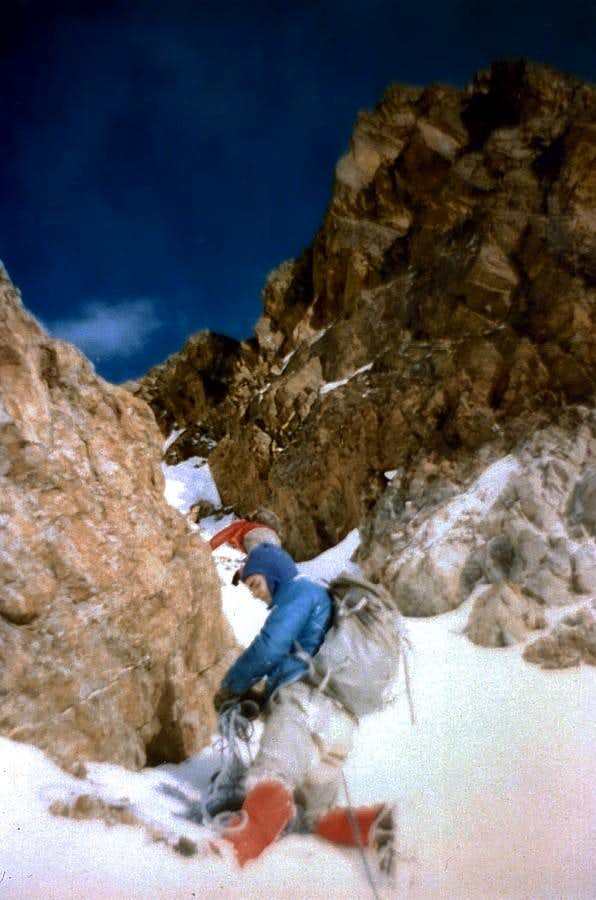 Tsaat a l'Etsena Eastern Summit FIRST WINTER ASCENT of EASTERN SUMMIT Osw and Camillo Roberto Ferronato in ascent into Fana's Couloir, below the Fana's Pass (2880m); terminal part of the gully and nearby of the rocky bands Southwest Face of Western Antesummit (2945m around) of Becchi di Fana. December 26th, 1974 Photo by Marco Cossard
« PREV NEXT »