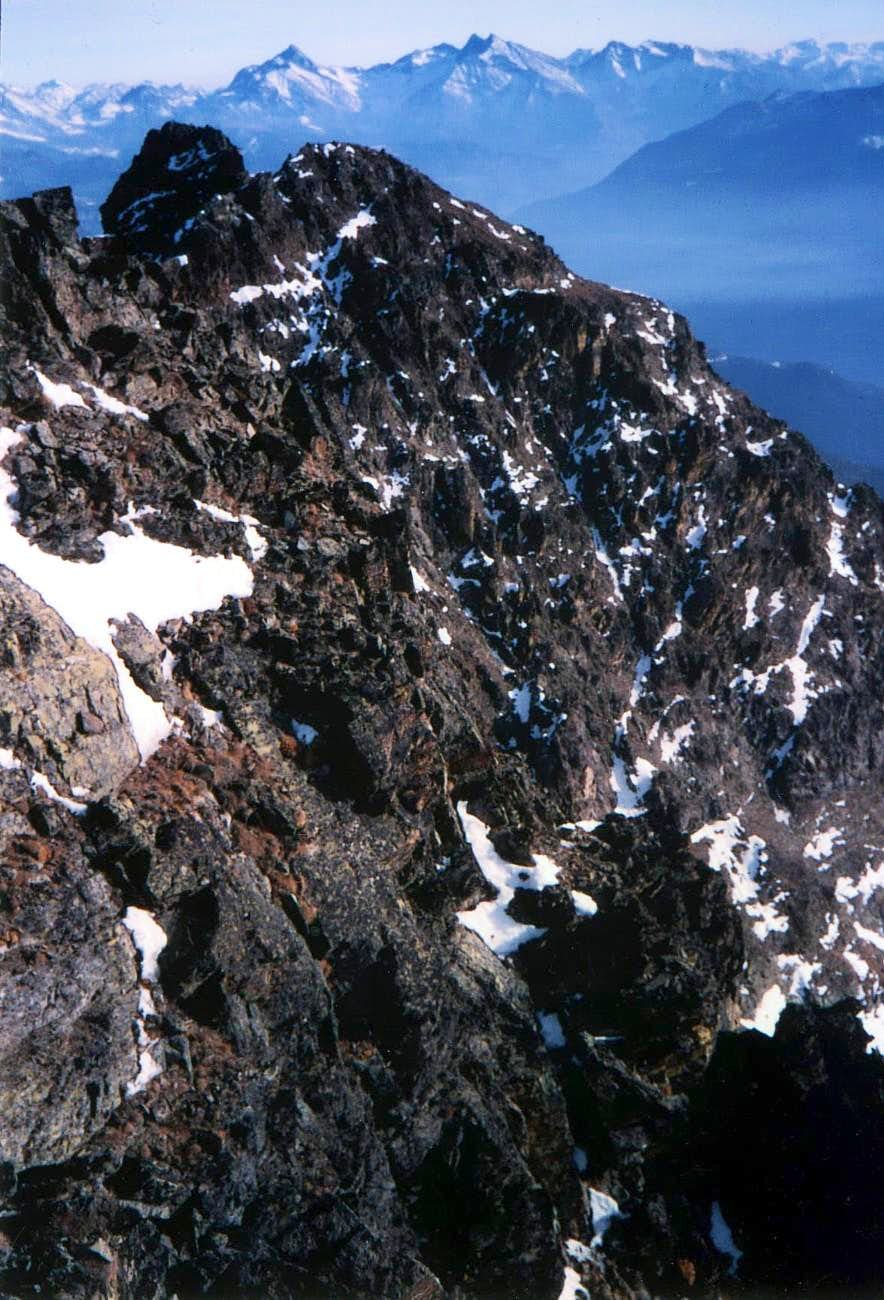 Tsaat a l'Etsena Western Summit (2971m I.G.M.) FIRST WINTER ASCENT through the Eastern Edge in ascent (First Ascent Absolute) Osvaldo Cardellina, Camillo Roberto Ferronato and Giuseppe Lamazzi from Trois Villes Village; in the picture at the beginning of descent along the South-southeast Slope to Fana's Couloir, below the Pass of Fana (2880m). In foreground: the Becchi of Fana (2951m) Main Top of five summits, with the Western Antesummit (2943/5m around). In background: the Mont Nery (left) and the Dames of Challand (Becca di Vlou and Becca Torché). December 22th, 1985 Photo by Osvaldo Cardellina
« PREV NEXT »