The Tuca del Dalliu or Pico de Estos is located north of Benasque in the Huesca region of Spain and is contained within the National Park
Geographically it is situated within a triangle of the valleys Estos, Benas and Literola. It is a mountain that can be ascended by walking depending on the weather conditions. From the summit there is an uninterupted view of three important mountain groups. To the east lies the Maladeta / Aneto group, to the northwest the Perdiguero group and to the west, Posets. It is probably the best spot in the region for seeing so many 3000 metre peaks.
To the south of the peak in clear view are the towns of Benasque and Cerler and to the north France. 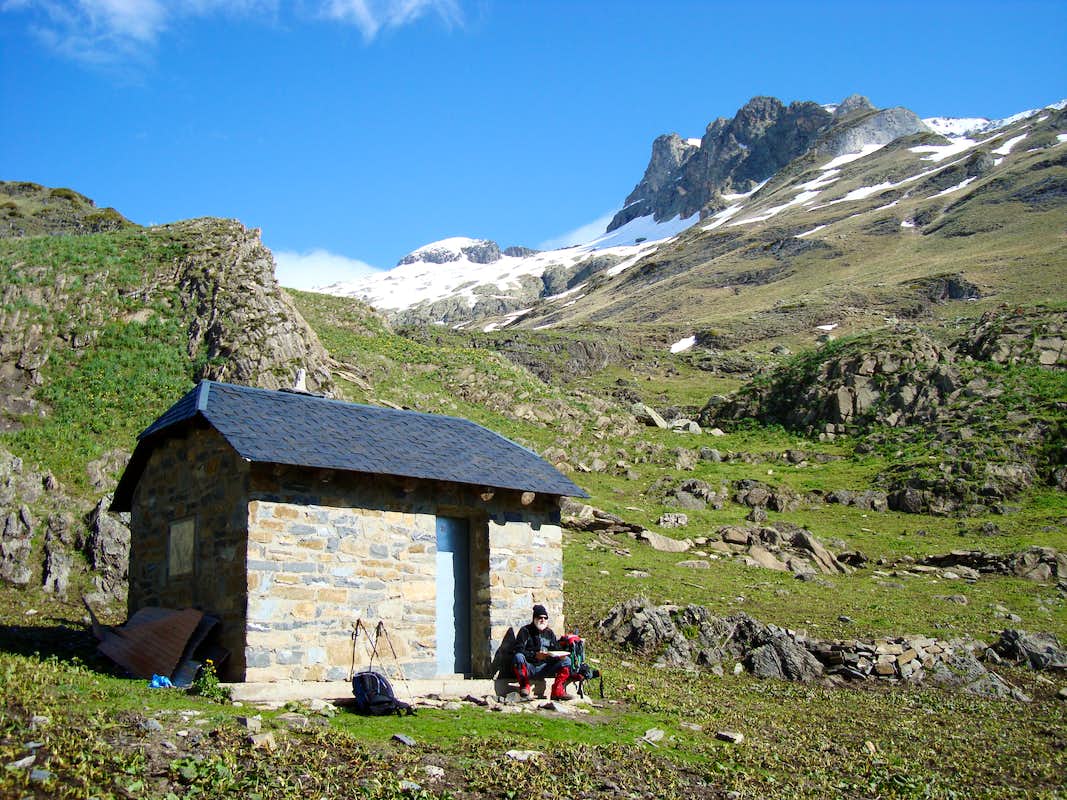 This cabin is situated in the Ball de Literola


To obtain details of getting to the area, see the main Pirineos - Benasque page.

To reach the summit there are two straightforward routes, one from the Literola valley and the other from the Estos valley.

The route via the Literola is clearly waymarked from the Puente de Literola on the A-139 road running north out of Benasque. There is space by the roadside for car parking although the area is subject to the risk of falling rocks!
The marked trail follows the valley to the west until a small cabin is encountered (Cabaña del Ubago). At this point, it is possible to continue the trail to the Collado Ubago for an ascent on Peridguero. 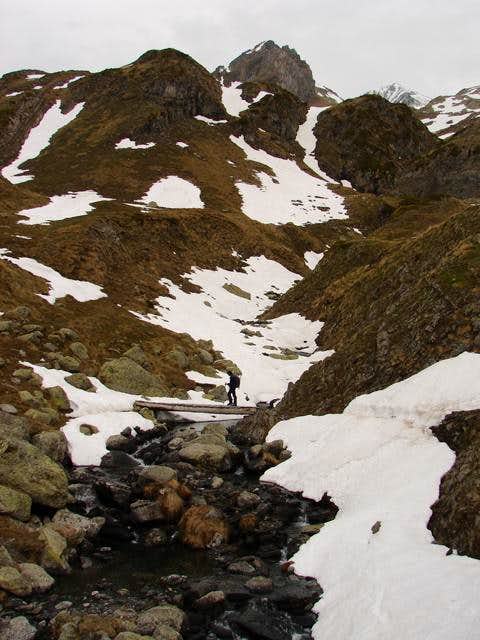 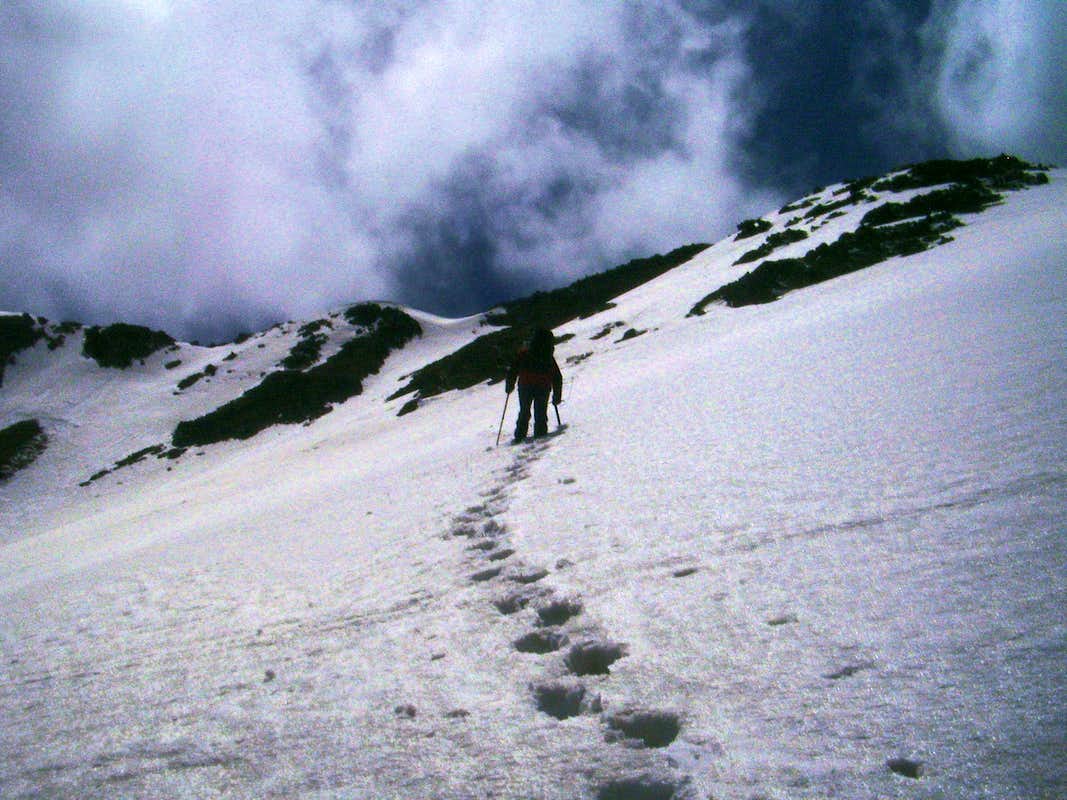 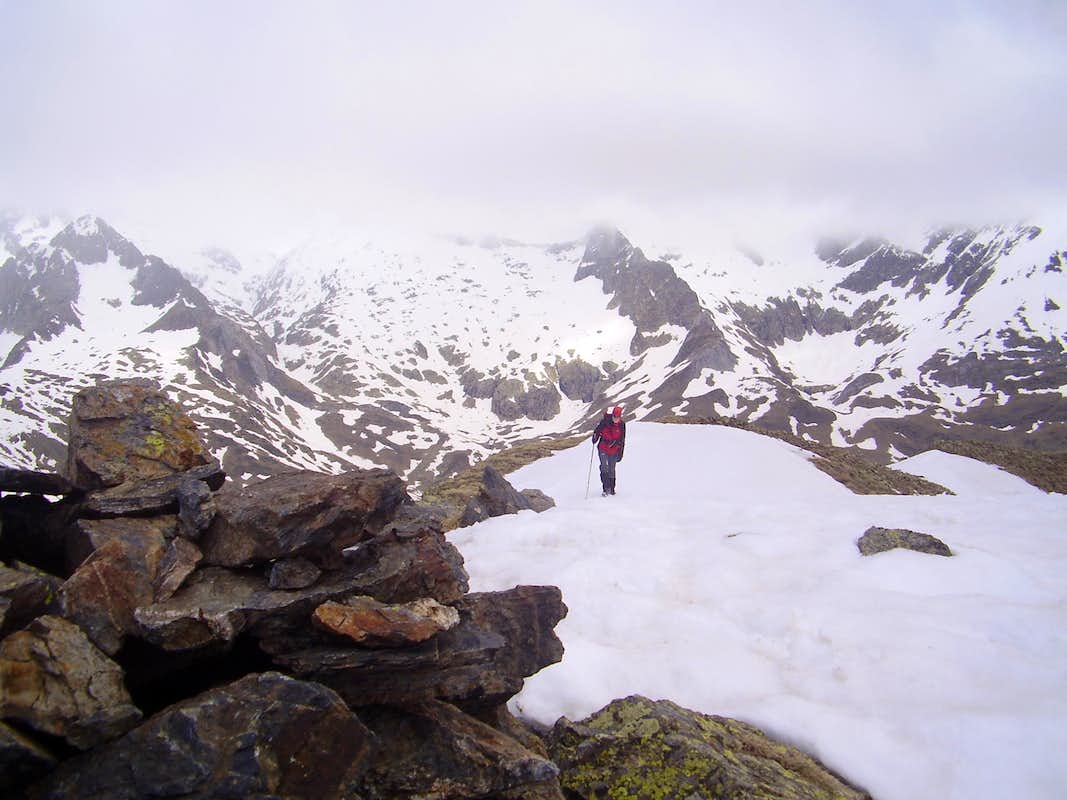 Ken moves across the final snow slope and sees the summit cairn ahead
However, for Dalliu, the trail goes south from the cabin over a small river by wooden bridge and climbs up around 400 metres to the Turo de Frontonet. From there the view is the one seen in the title photograph. 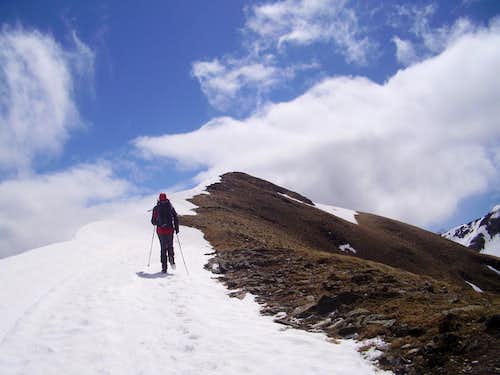 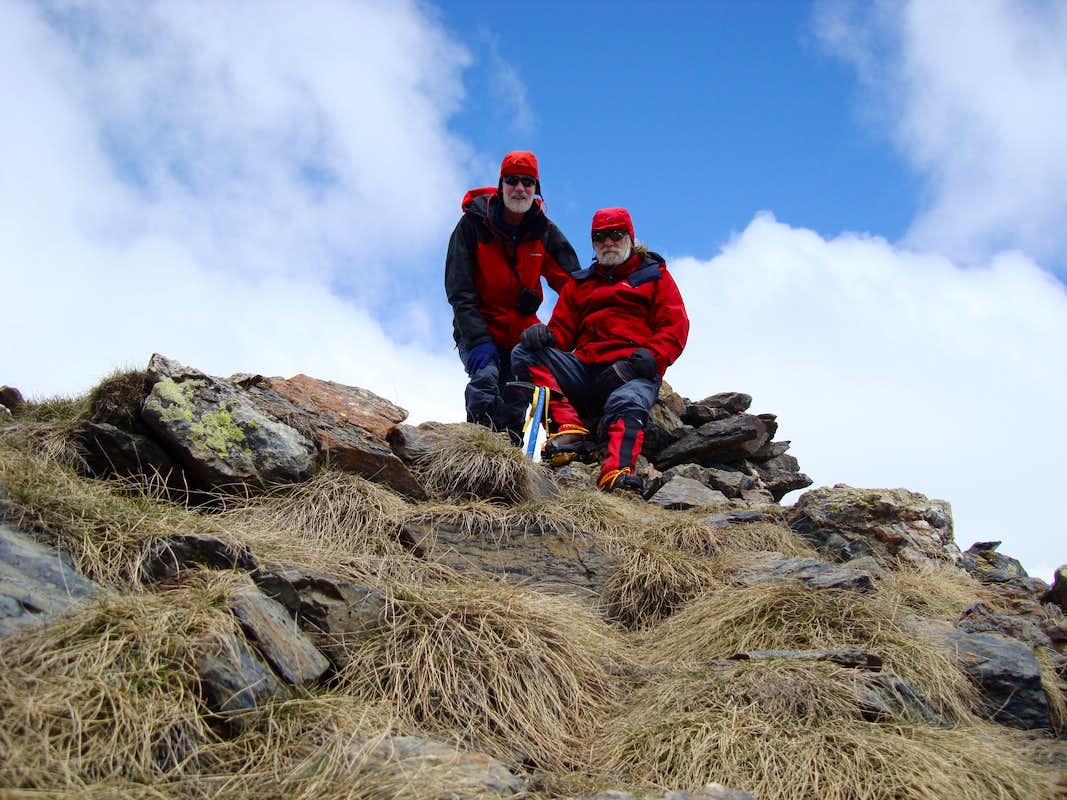 Ken & Johnnie at the summit cairn 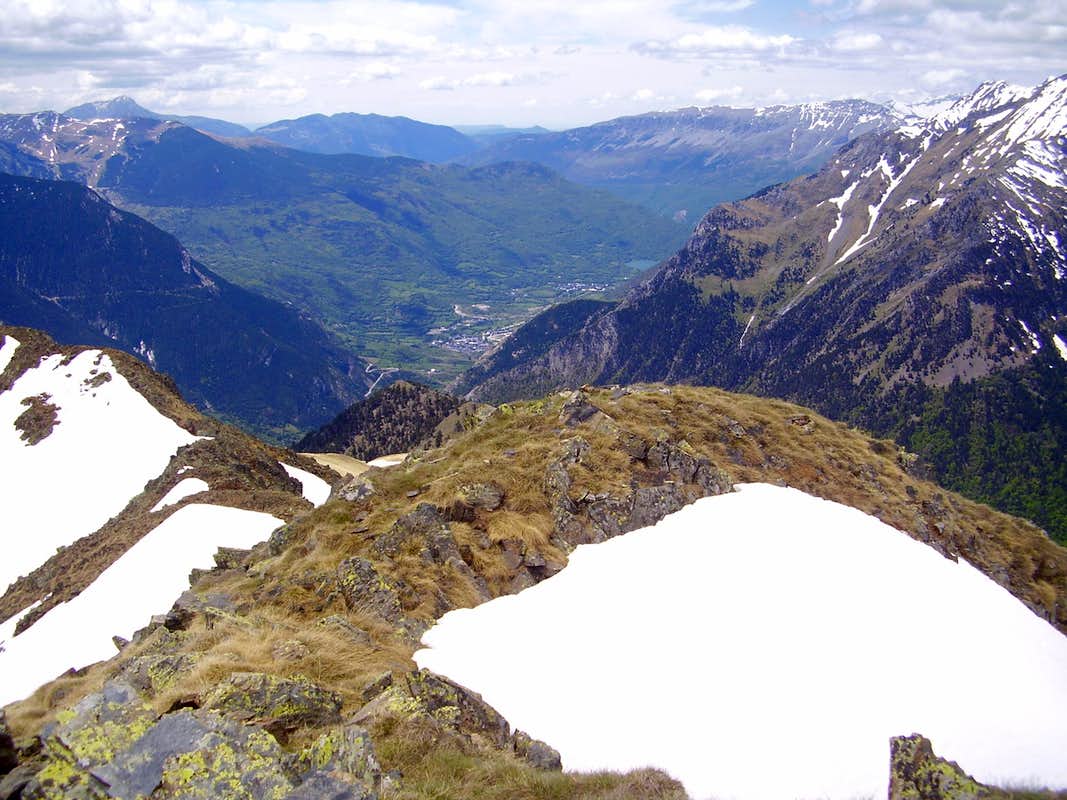 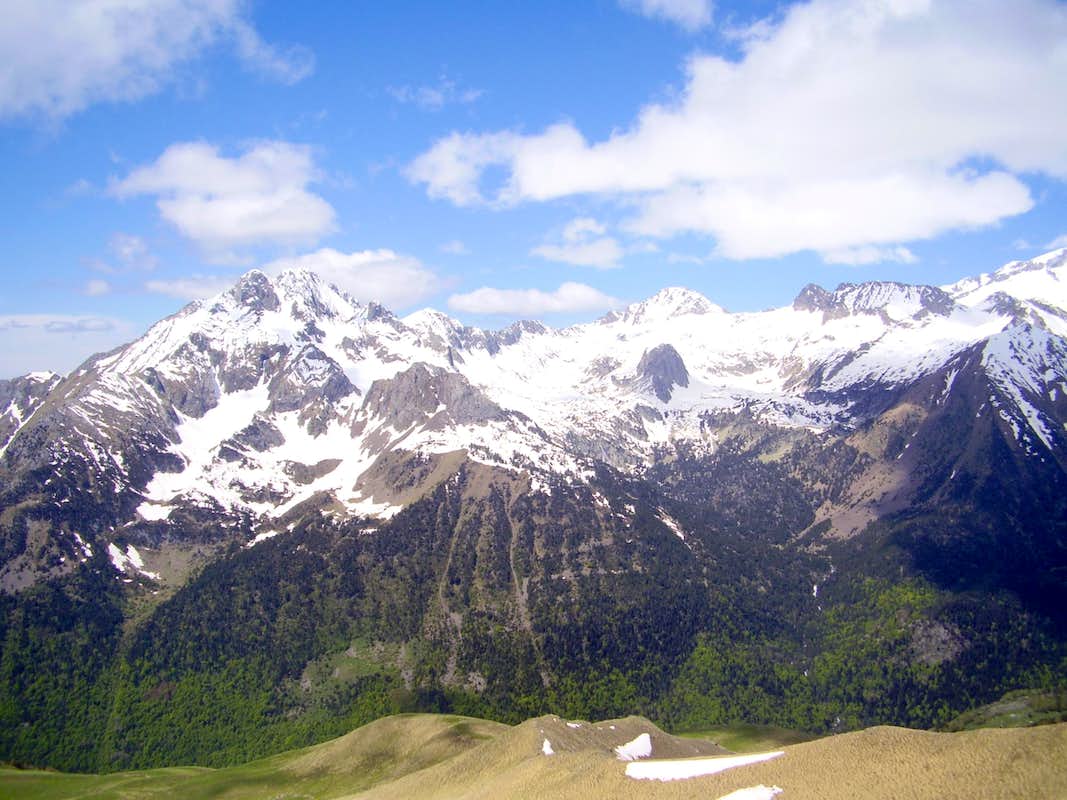 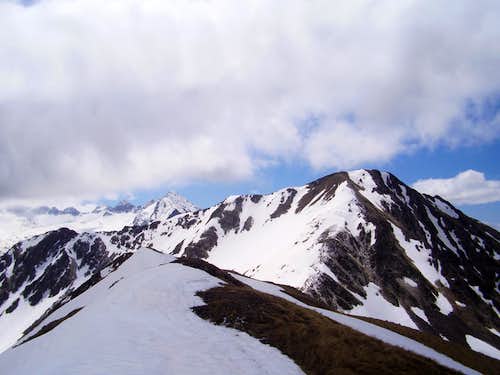 There is no red tape but visitors should respect the environment of the National Park and leave no trace of their visit.

Alternative accomodation can be found at the
Refugio de Estos which has a resident guardian and can provide all meals.

Guide: Walks and Climbs in the Pyrenees by Kev Reynolds - Cicerone Press

you have the summit at South West of the true summit. With the map of google you can change to the evident cone of right side.