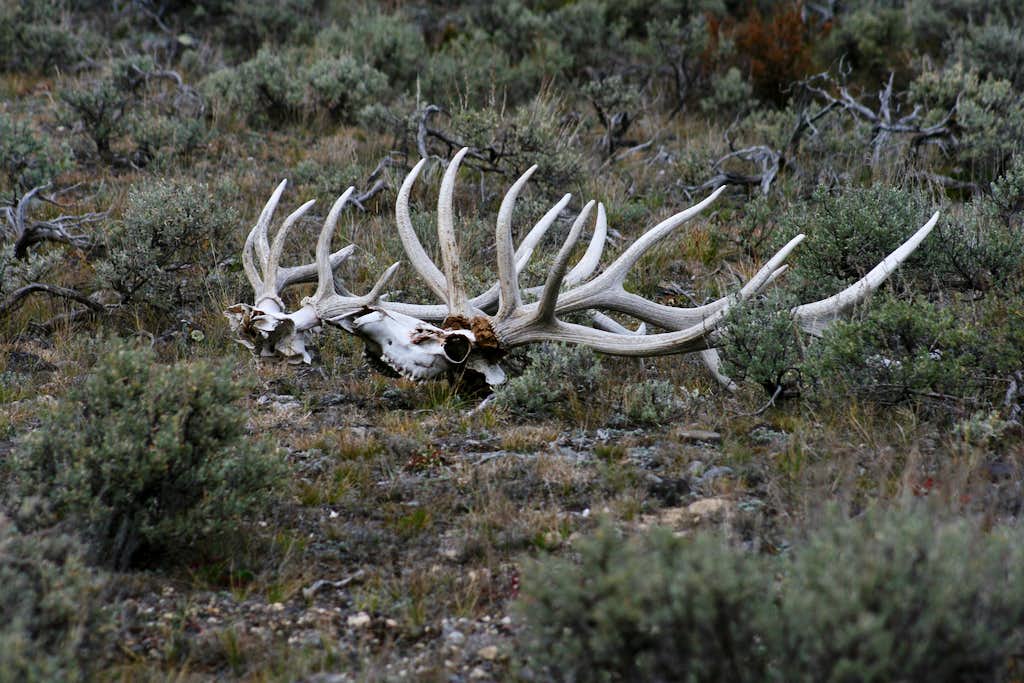 I found these skulls side-by-side in the Slough Creek drainage. How did they get there? Here's what I came up with: Two bull elk were fighting during rut, as they are wont to do. Their antlers got tangled up, which happens. Then a wolf pack saw an easy meal and killed both elk. A grizzly sow and two cubs came along and forced the wolves off. After eating for a while, the sow pulled the carcasses off about 50m into a nearby stand of trees, thus separating the bodies from the skulls and the skulls from one another. Finally, predators and scavengers picked the carcasses clean. Then some human (not me) came along and decided to line the two skulls up as you see here. I found them like this in late September 2007. That's my story and I'm sticking to it.
« PREV NEXT »

Your story could really be right on. I've seen tons of sheds up there but nothing like this