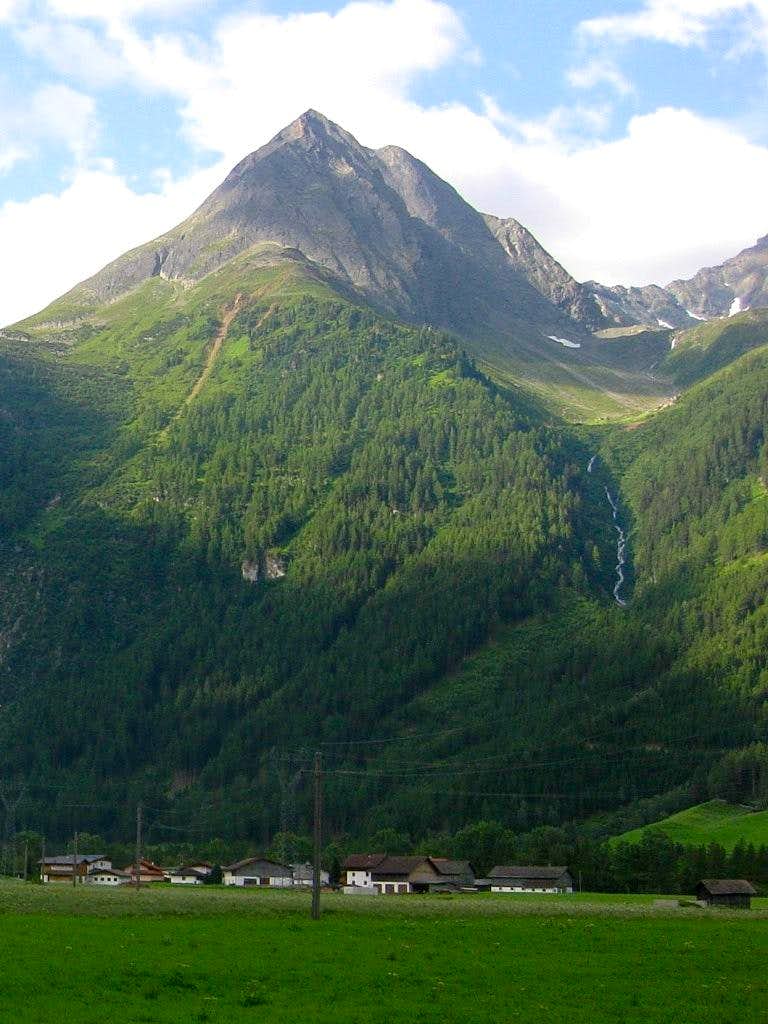 The Äußerer Hahlkogel, in front, appears to be the higher summit, but it is in fact no more than a bump on the ridge towards the Innerer Hahlkogel. And, to be fair, that isn't really a significant peak either, but just another bump on one of the many ridges coming down from the Hohe Geige (3395m). However, that's much further back and can't be seen from here. Photo taken near Astlehn. 17 July 2012.
« PREV NEXT »