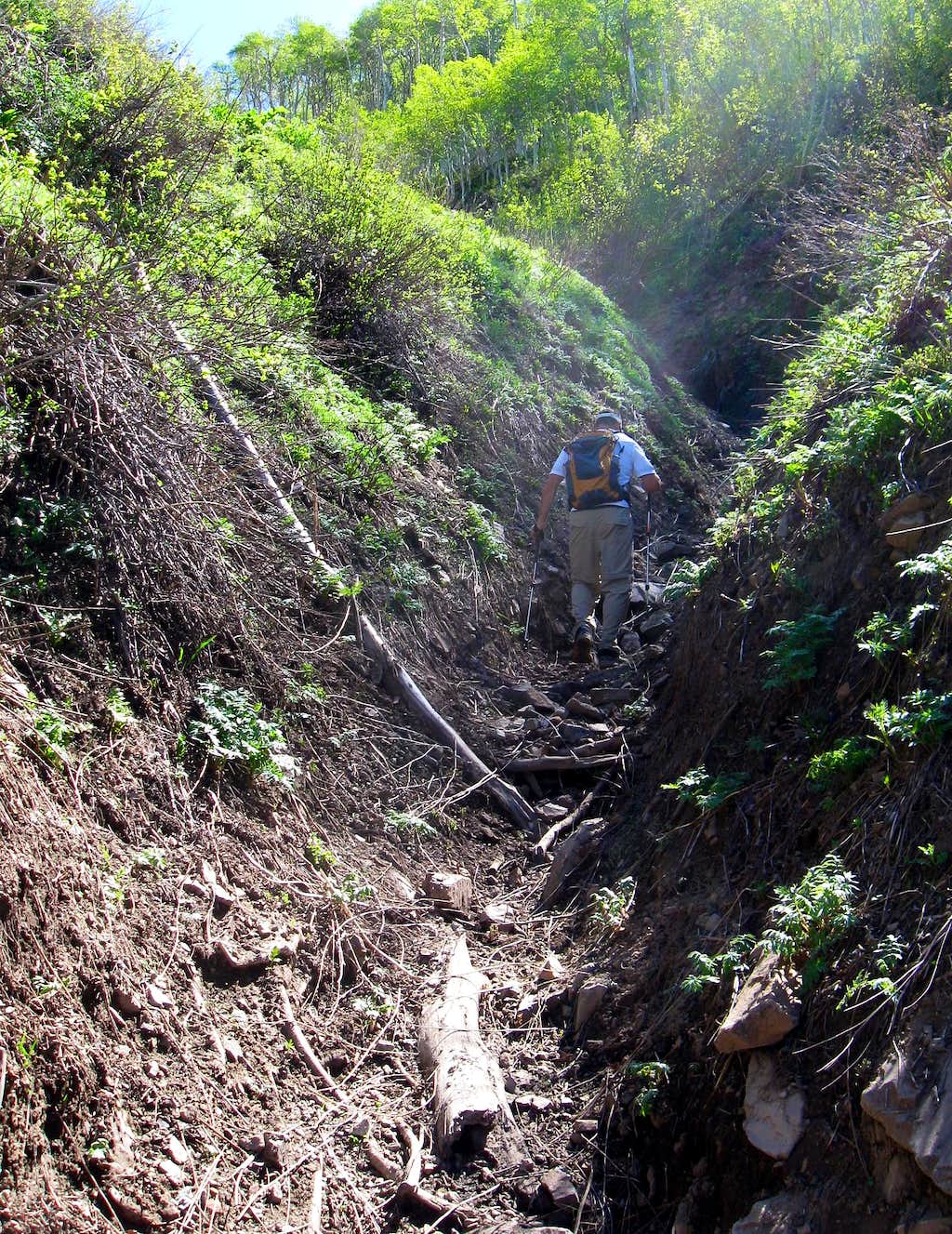 We didn't go up to Dead Ox pass but went a bit further north and then headed up a prominent drainage that took us up over 1000 feet. It worked well and we encountered some sections that still had snow but overall it was like a staircase and had no brush to deal with. My son in law shows off his drainage hiking ability in this pic. Coming down we opted to go down via Dead Ox Pass but there was a lot of brush to contend with and the ridge that is just north of the meadow appeared to be the best route up and down (it would be just north of Dead Ox Pass) 6-21-10
« PREV NEXT »