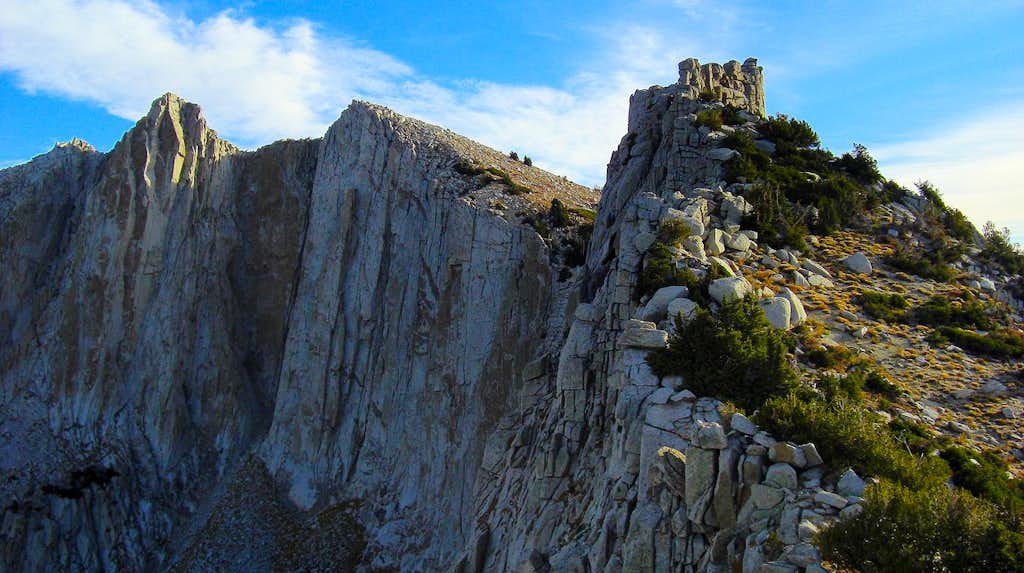 This photo shows the upper portion of Question Mark Wall ridgeline, while on the approach. As seen the terrain directly ahead is fairly tame, until hitting the buttress near the top portion. From there on pro is recommended to either rappel down the wall to the north to a ledge system, climb directly up and over the buttress, or rappel class 4 terrain to the south side. I ended up downclimbing the south side without pro which was very sketchy, fairly exposed. Not recommended. October 11, 2012.
« PREV NEXT »