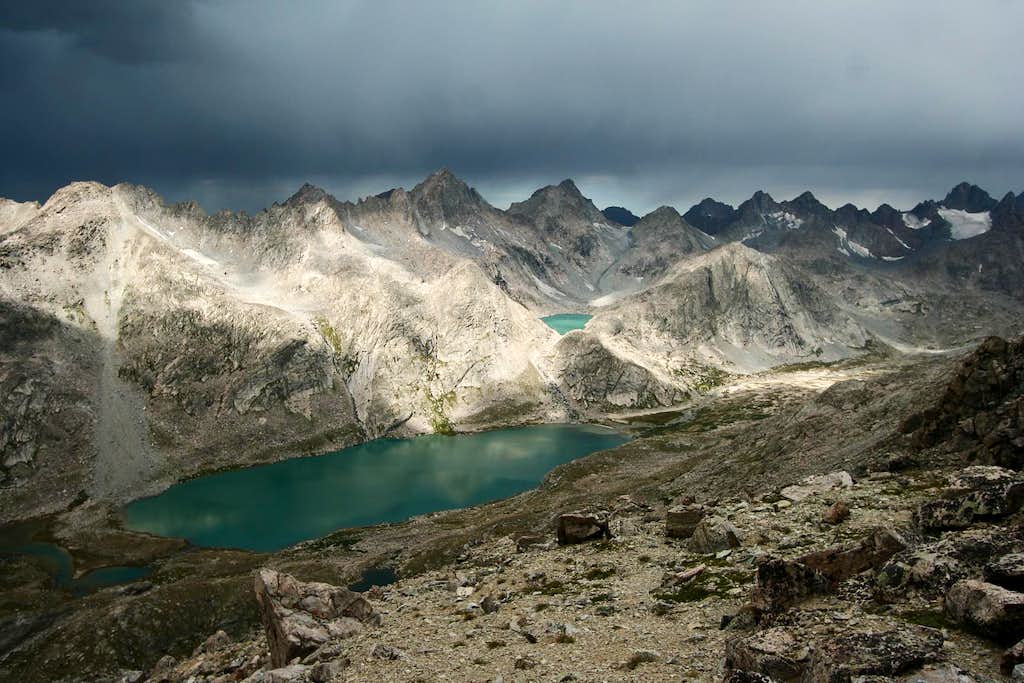 As we descended Fremont Peak a storm continued to brew darkly over Titcomb Basin. Shortly before I arrived at the col by the base of the Southwest Buttress route a shaft of light broke through the clouds and illuminated Upper Titcomb and Summer Ice Lakes, and the surrounding peaks. I had stashed my camera in my pack for the descent but quickly dropped the pack and retrieved it before the light went out, which it did moments later. August 14, 2007
« PREV NEXT »

It sure was! The weather gods were on my side this day. I did have to move quickly to get my stashed camera but mother nature did everything else. The color on the upper lake was much more intense than this photo shows!

Thanks. Yep, them folks in Wyoming know how to throw together some good scenery!