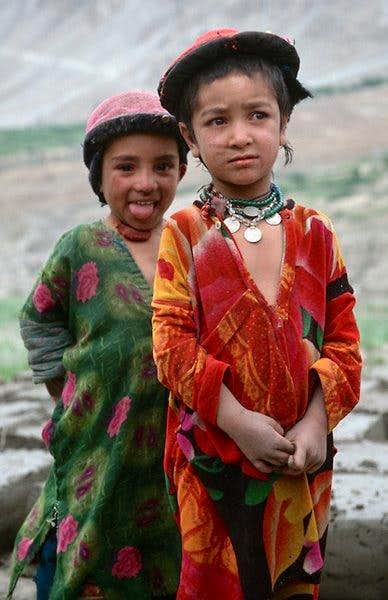 This is a unique trip which combines the K2 trek to produce a journey of epic proportions across the heart of the Karakoram Mountains. The trek Start from the beautiful Hushe valley. This is on of the most challenging and unforgettable Trek, The Karakorom Mountain raises in a serried wall 150 Kms thick with almost 100 peaks rising to over 7000 meters. In no other of the world are such a large number of high mountains in a confined space. Hushe valley runs from Masherbrum Mountain South to Shyok River opposite Khapul. The Masherbrum Mount was first time climbed in 1960 Pak- American led by Dr. George Bell, We then trek north and cross the high and sometimes tricky pass which links the Hushe valley with the Baltoro Glacier, Descending the Vigne Glacier on the northern flanks of the pass brings us directly to Concordia at the foot of K2. This enormous mountain wealth makes Pakistan an important mountain country in the world, a paradise for mountaineers, adventure seekers and nature lovers. After enjoying the scenery in the Throne Room of the Mountain Gods' then head down the Baltoro Glacier and Braldu Valley for several days to the junction with the Biafo Glacier.
The tail traverses the glacier angling gently towards its southeast margin. Exit the glacier in to the ablation valley at Liligo. The route alternates between the lateral moraine and the glacier, heading out on the glacier to avoid the outflow from the advancing Liligo glacier. Continue trek to Urdukas, named for the obvious split boulder.Camp with its extraordinary views of Paiyu Peak (6610-m, Uli Biaho (6417-m) Great Trango Tower (6286-m), Nameless Tower.

The Last Village Askole, the village grows their own cereals. Vegetable and fruit and own large herds of sheep s. Goats .yaks and duos. It is spectacular drive from Askoli to Skardu; the jeep road crosses the Braldu River three times and passes the villages of Dassu,Apoaligon, Pakora, Hoto chongo and Thongal. There are hot Soleplate Springs just 20 minutes behind Thongal. Around the hot springs are copper colored stones known as Limpi Kiser (Kiser Fort) King Kiser was a mythical ruler with magical powers- dozens of legends tell of his exploits in our Baltistan.