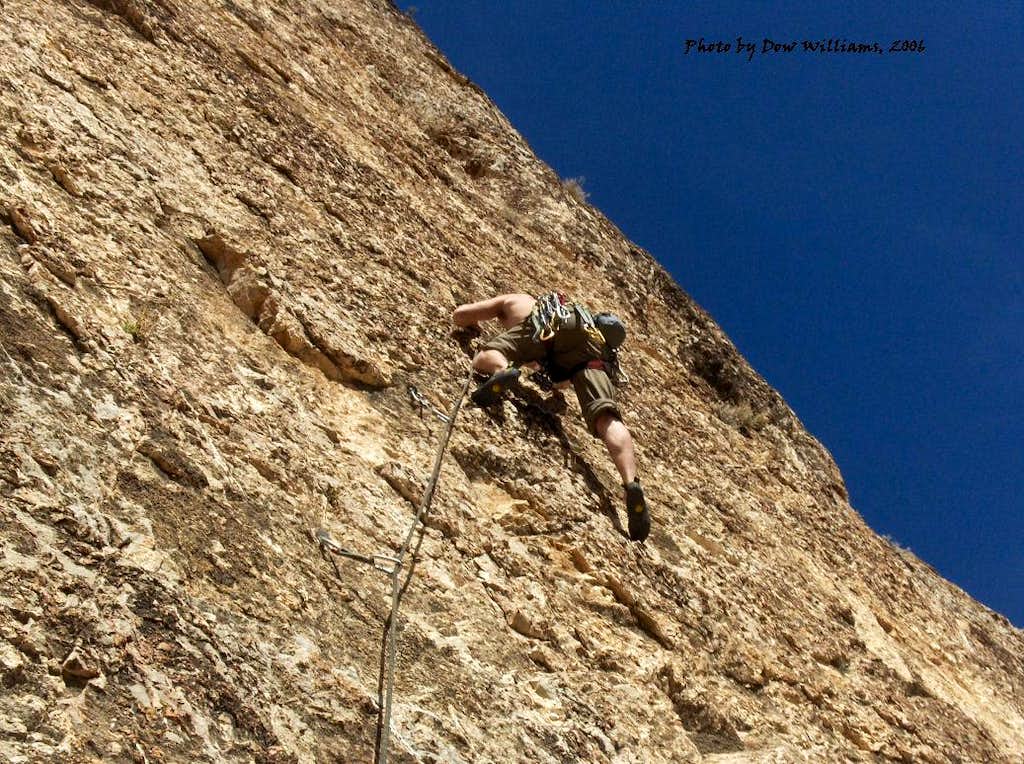 Vampires is one of the 6 full pitch routes in the middle of Solstice Wall. And I do mean full pitch at 105' sporting 14 bolts. The further left on Solstice Wall, the cleaner the Kaibab limestone which can be quite the hazard on the routes to the right. This is a harsh route on the fingers. There is at least one small finger pocket that is a must, but hard to find. That is the problem with this kind of rock face. Features all over, but not necessarily positive, hiding the ones you must have on a 5.10b. Still a great route through a small roof problem, but the crux is lower. Fairly sustained. Bomber two ring anchor at the top (2007). Solstice Wall, 5.7-5.11d, Woodbury Road Crags, Woodbury Desert Study Area, Joshua Tree Unit, BLM Utah, February 5, 2007.
« PREV NEXT »