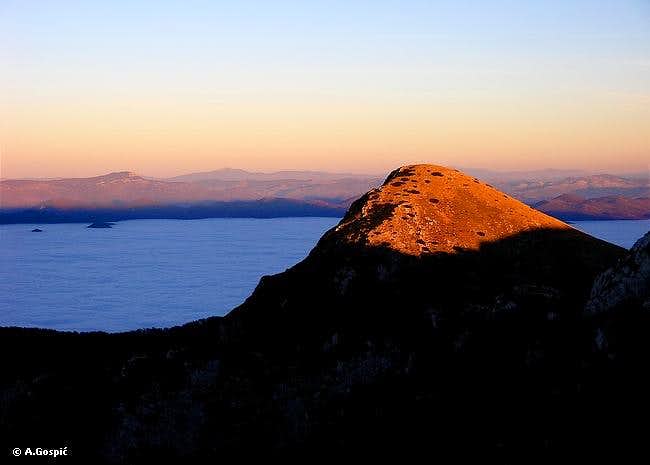 Eastern view from the summit of Liburnija (1710m) where beautiful cone of Malovan (1709m) dominates. Behind is Lika region, under the usual sea of fog in the autumn. Further behind shadow of Velebit has traveled across Lika and reached Licka Pljesivica massif. On the left is Kremen (1591m), on of its more important peaks. Far at the back is Osjecenica (1795m) in Bosnia & Herzegovina.