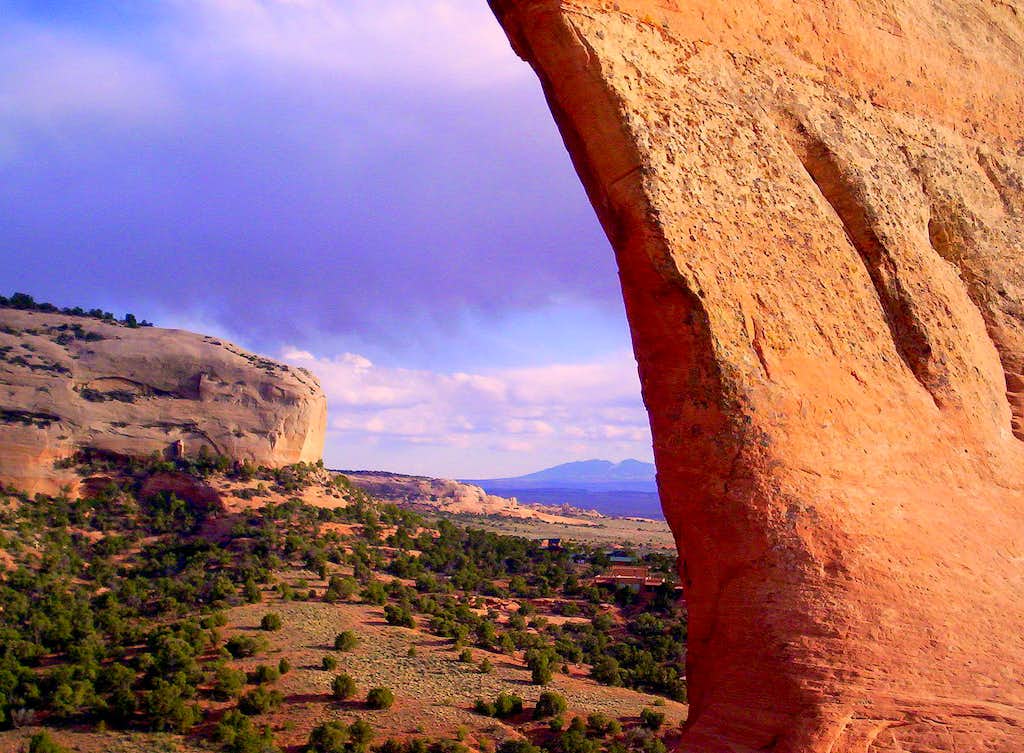 Looking south from inside Wilson's Arch - an approaching storm lurks over Dry Valley, while the Abajo Mtns. (near Monticello, UT) rise in the distance. "Wilson Arch was named after Joe Wilson, a local pioneer who had a cabin in nearby Dry Valley. This formation is comprised of Entrada Sandstone. Over time superficial cracks, joints and folds of these layers were saturated with water. Ice formed in the fissures, melted under extreme desert heat, and winds cleaned out the loose particles. A series of free-standing fins remained. Wind and water attacked these fins until, in some, cementing material gave way and chunks of rock tumbled out. Many damaged fins collapsed like the one to the right of Wilson Arch. Others, with the right degree of hardness, survived despite their missing middles like Wilson Arch." April 26, 2009
« PREV NEXT »