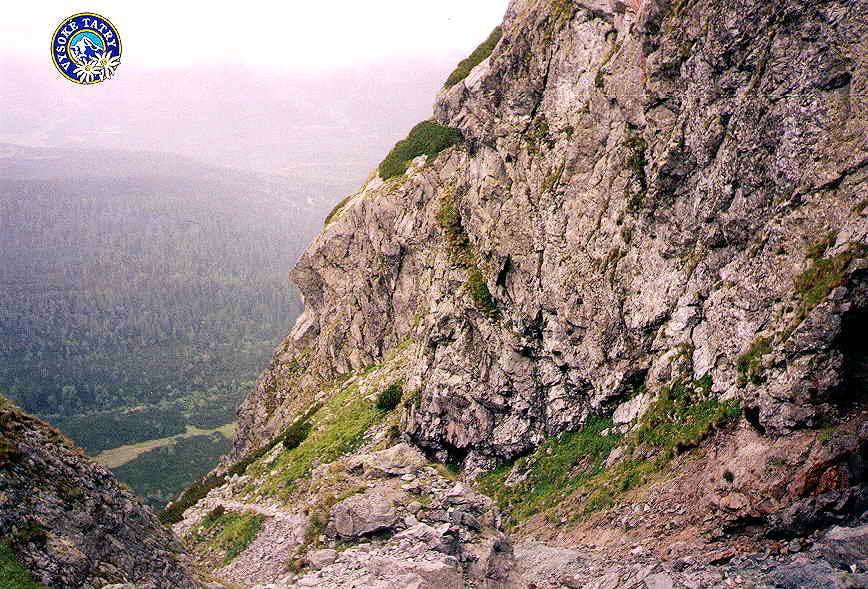 View down from "Priečne Sedlo" down into the "Mala Studena Dolina" with the "Velka Studena Dolina" behind. Simple statements like "Just follow the path" or "Go always straight" are sometimes much more complicated in reality than you would ever had dreamed of in your wildest dreams. Complications, such as a high angle slope. Using the chains that were embedded into the stone from time to time is strongly recommended. In 1998 was I finally able to cross between the two valleys via this challenging "saddle". I attempted in before, but we decided to turn around when we realized that the path is blocked by a large oncoming group of people, a backlog that was created due to a long delay caused by a person who "froze" in fear not climbing up nor down and unwilling to let go off the supporting chains and to step his foot one more step forward or backward. It took a lot of time convincing and support to get the person out of there and make room for others to pass. Passing the oncoming traffic was possible but tricky and some of the people in the group I was with refused to even try it. Fear of heights is nothing to take lightly nor underestimate.
« PREV NEXT »